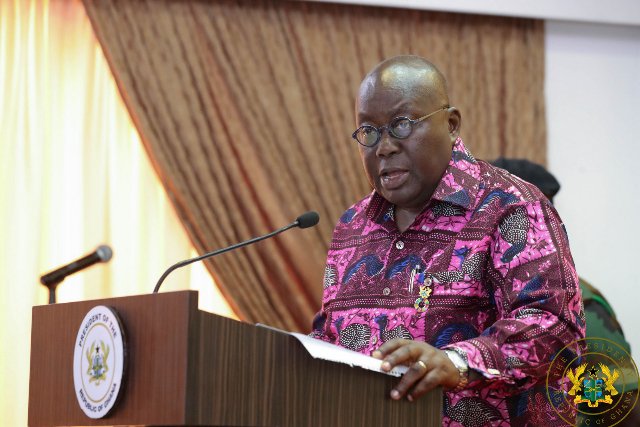 The President of the Republic, Nana Addo Dankwa Akufo-Addo, says his Government will continue to maintain fiscal discipline in the aftermath of the exit of the IMF programme.

After having obtained successful ratings from the International monetary Fund about the country’s economic performance, and given a clean bill of health, President Akufo-Addo noted that there is a lesson that must be drawn from the 16th IMF programme, entered into by the erstwhile Mahama administration.

“It is about a fundamental and basic matter all of us as Ghanaians have to bear in mind, and that is discipline in the management of our public finances. It’s not easy to say that you have to live within your means but if you want to be able to do big things, you don’t spend money that you don’t have, that is always the road to chaos,” he said.

The President continued, “We have to learn that discipline in the management of our public finances has now to be the basic element for the building of our economy, and that’s the lesson that the latest bailout program from the IMF should impress upon all of us.”

President Akufo-Addo made this known on Monday, 25th March, 2019, when he interacted with members of the Ghanaian community resident in Valletta, Malta, as part of his official visit to that country.

Since assuming office in January 2017, President Akufo-Addo noted that his Government has now finally been able to bring the fiscal deficit under control, which hovered around 7.3% at the end of 2016, to under 3.9%.

The efforts of his government at managing the economy, the President said, has meant that “we are attracting companies like Volkswagen and Nissan, Synotruck, Renault, Suzuki. All of these are taking a big interest in Ghana. The tech giant, Google, is taking steps to start establishing an artificial intelligence centre in Ghana. All of this is because they consent that there’s a discipline and systemic management in our national economy and its public finances.”

Fiscal discipline, according to President Akufo-Addo, has to be Ghana’s credo going forward, adding that “if we are able to project that discipline, the benefits to us are going to be very rapid and very dramatic, and that transformation of our national economic structure, which all of us are waiting for, will be very soon around the corner.”

With Ghana projected to be one of the fastest growing economies in Africa this year, President Akufo-Addo stated that “we have to stay that way and stay focused on the programme, and on the way that we have taken things. I am trying to project the reality which is there’s a lot of hope for our country.”

To the “professional Jeremiahs” whose only interest is to rundown the nation, the President stated that “I am not daunted. I don’t really pay too much attention to what they say. I know what I am doing, and I believe what I am doing has the support of our people.”