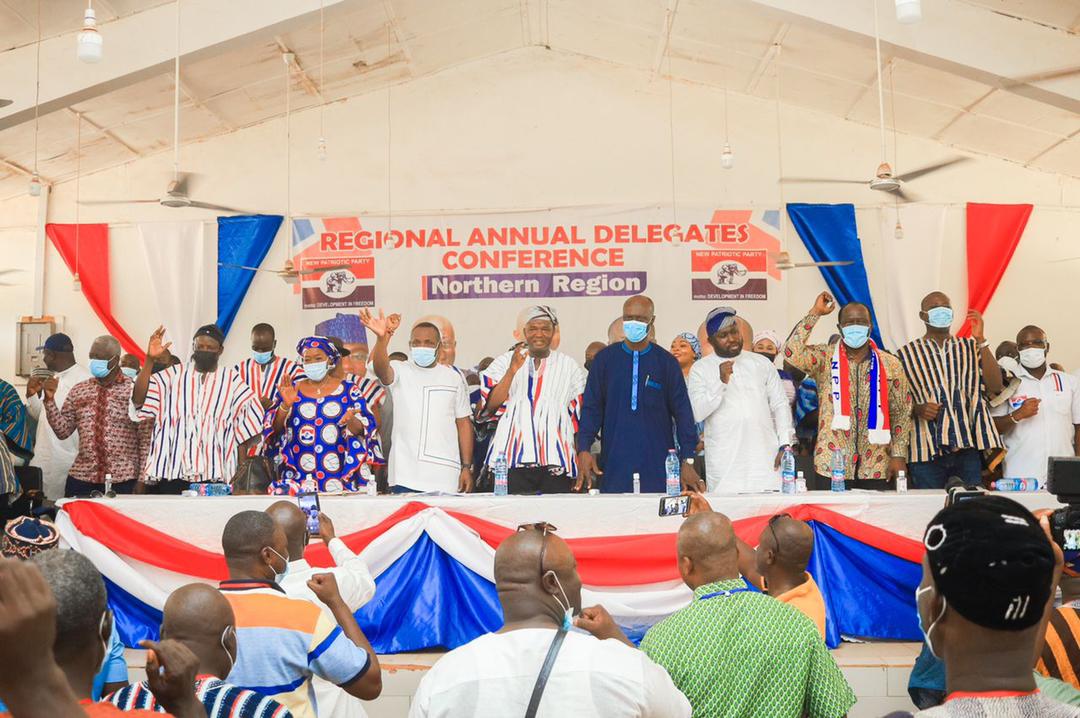 The NPP in the Northern Region has expressed appreciation and gratitude to the Party’s General Secretary, Mr. John Boadu, and his executives, for extending significant financial and logistical support to the regional party and all its 16 constituencies particularly in the lead up to the 2020 general elections and its aftermath. This support, they said, made it possible for the Party to win 9 parliamentary seats in the region, and increased its presidential votes by over 120,000 votes.

The Northern Regional Party made this known at its 2021 Regional Annual Delegates Conference held on Tuesday, October 5, 2021, in Yendi and Tolon. Speaking at the Conference, the Regional Chairman of the Party, Alhaji Mohammed Samba, recounted the unprecedented amount of resources and campaign logistics including vehicles that John Boadu and his executives made available to each of the 16 constituencies of the northern region as well as the regional party. Even more gratifying, he says, is the timely release of these resources together with the training workshops organized for all party executives in the region ahead of the general elections.

On their part, the party’s Parliamentary Caucus in the region, thanked John Boadu and his executives for this unprecedented feat. Their leader and spokesperson, Hon. Habib, who doubles as the MP for Tolon and Deputy Majority Chief Whip, eulogized John Boadu for his leadership qualities and results-driven orientation, adding that, they would continue to support John Boadu to continue to deliver more victories for the Party. Hon Habib also conveyed the MPs’ gratitude to John Boadu and his executives for, not only supporting them to win their parliamentary seats, but for also, lobbying and ensuring that all the 9 MPs in the region got juicy appointments either as Ministers, Deputies or Board Chairs.

Taking his turn at the conference, the NPP General Secretary thanked the delegates to the conference and for that matter the executives of the Party in the region as well as the MPs for this recognition, and commended them for working hard to draw parity with the NDC (9 seats for each party), in respect of parliamentary seats in the region, which, until now, had been NDC’s ‘political world bank’. He noted that the region increased its presidential votes for the party by over 120,000 votes moving its figure from 286,868 votes in 2016 to 409,963 votes in 2020, representing a wanton 42.9% rise.