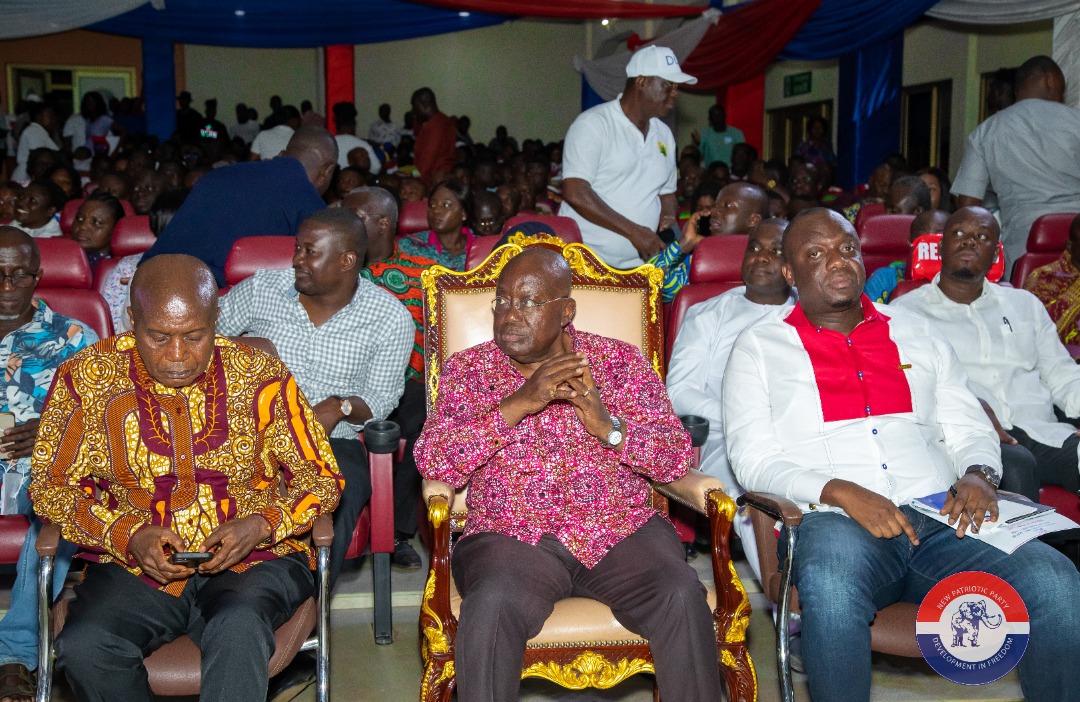 The governing New Patriotic Party (NPP) on Tuesday, October 19 2022, launched a new Membership Information Management System (MIMS), which will allow for the national roll-out of Membership Cards and enhance the management of membership data. The launch was done by His Excellency Nana Addo Dankwa Akufo-Addo, President of the Republic of Ghana.

The event, which took place at the Prempeh Assembly Hall in Kumasi, was attended by many people including National Officers, Regional, and Constituency Executives, Ministers of State, Members of Parliament, CEOs of government agencies and departments, MMDCEs and other government appointees. It also saw the massive attendance of hundreds of party faithfuls and sympathizers.

Speaking at the event, the National Chairman of the Party, Mr. Stephen Ayensu- Ntim, observed that the Party had been lurching amidst several challenges to roll out a robust membership identification system. What had been unveiled was thus an “intelligent one-stop card”. He was extremely excited that its eventual launch had happened under the current leadership of the Party.

Chairman Ntim expressed hope and a firm conviction that this initiative would be embraced by all true Party members to enable the NPP have a comprehensive database of its membership globally. He observed that the membership drive has become necessary in the Party’s bid to break the 8-year governance cycle.

Lawyer Justin Kodua Frimpong, the General Secretary of the NPP, in his address, noted some unique features of the new membership card including a QR Code, that would embed the personal details of the bearer. He also noted that the Card is non-renewable so long as the bearer remains a member of the NPP, and noted that it is the first of its kind in the history of the New Patriotic Party.

Lawyer Justin Kodua Frimpong implored all and prospective members of the Party to visit their respective constituencies and polling stations for registration in accordance with Articles 3(1)(4) and 3(10) of the Party Constitution. He cautioned Party executives not to be selective and prevent people from registering, stressing that the registration was not for internal election purposes, but for some strategic major political decisions.

The President of the Republic, H.E. Nana Addo Dankwa Akufo-Addo, who was the Special Guest of Honour for the occasion, commended the Ntim-Kodua-led party administration for this far-reaching initiative, and also for the successful organization of the national launch. He empathised with Ghanaians on the current austerity occasioned by exogenous factors.

The President, however, expressed a strong conviction that it would only take a New Patriotic Party government to salvage this country from this economic malaise and put the country back on the path of transformation and prosperity. He, therefore, entreated Ghanaians to be confident in the NPP and register to become official members of the Party.