The Government Plans To Construct An Estimated 6,000 Kilometers of Roads Nationwide Over The Next Four Years. 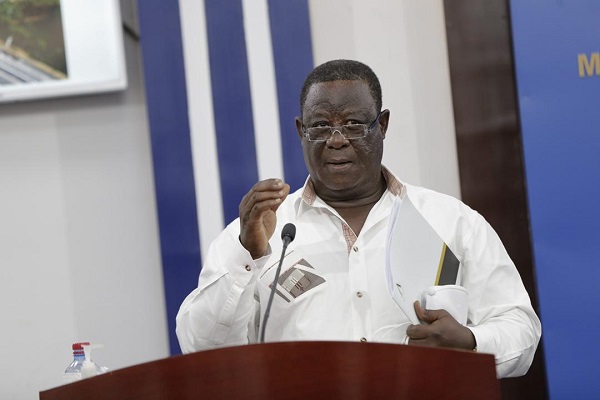 Addressing a press conference today in Accra, the Minister of Roads and Highways, Mr Kwasi Amoako-Attah said 6,000 kilometres of roads out of the over 11,000 kilometres of programmed roads will be completed in President Akufo-Addo’s second term.

He said the roads to be constructed include town roads, cocoa roads, Sinohydro roads and roads that come under other critical projects.

The Minister also stated that between 2017 and 2020, the government had constructed about 4,000 kilometres of roads in the country.

“As part of the government’s year of road programme, critical roads of total length 2,167.2km were identified in all the 16 regions of the country for rehabilitation at a cost of GHS 7.827billion,” he said.

“325 projects are currently ongoing across cocoa growing areas across the country. Total length of roads is 4,853km at a cost of GHS14.511billion. The Ministry of Roads and Highways has programmed to undertake 1,500km of asphaltic overlay in major towns and cities across the country including hospitals, schools, courts, police barracks, army garrisons, and other security services compounds.”

He also indicated that the government intends to construct 120 of 200 programmed bridges nationwide over the next four years and complete 25 interchanges within the same period.

Mr Amoako-Attah disclosed that between 2017 and 2020, some 50 bridges were also constructed nationwide.

“Mark me down, by 2024, 20 interchanges will likely be completed”, Mr Amoako-Atta said.

“By the end of our second term, 20 interchanges in our country would have been built, we have estimated 25, but we are convinced and sure, and we know what we are about…because we have programmed whatever we are doing, and we would have had about 25 interchanges in our country. This has never happened in any administration since independence”, the Roads Minister assured.

The Minister further disclosed that the Pokuase Interchange will be fully opened to traffic in the first week of July 2021 to help ease traffic congestion on the Accra Nsawam Highway.

The Minister said President Akufo-Addo is expected to commission the interchange.

“God willing, in the first week in July, the President will officially commission the Pokuase interchange. It would have been brought to a total and full competition. This is the project that was started from scratch by President-Akufo’s government. This interchange will be opened in full to traffic in the first of July”, he said.