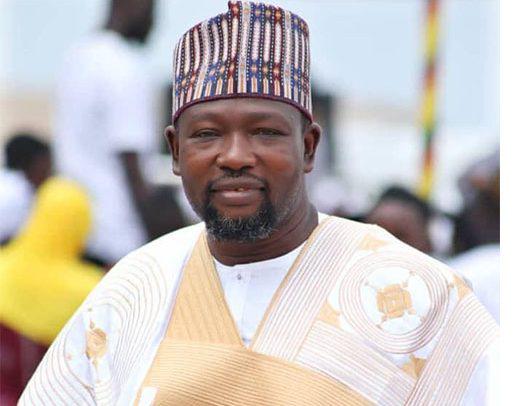 There is absolutely no disputing the fact that the Nasara Wing of the NPP under the distinguished stewardship of the current National Nasara Coordinator, Alhaji Aziz Futah, played an instrumental role in the party’s historic 2020 election victory.

In particular, the contribution of Alhaji Abdul Aziz Futah as an individual towards this victory cannot be overemphasized as he was visibly seen throughout the campaign season actively mobilizing the good people of Zongo and Settler communities in every nook and cranny of this country to campaign and vote for the NPP.

Equally, Alhaji Futah, as an active member of the National Council, National Steering Committee and National Executive Committee of the NPP, has very well represented the interest of his constituents, the Nasara Wing, in all the decision-making processes of the party.

As the National Nasara Coordinator of the party, Abdul Aziz Futah, implemented a number of REFORMS to the party’s Nasara Wing, which significantly transformed the Wing into a strong force and one that is adequately responsive to the political exigencies of time.

He successfully rolled out a historic National Nasara Conference and Durbar, bringing onboard all the stakeholders of Nasara including Zongo Chiefs, Imams, opinion leaders and ordinary Zongo folks for the purpose of championing a robust campaign that would inure greatly to the benefit of the NPP.

The Conference also provided a fine platform for the party’s Vice Presidential Candidate, H.E. Alhaji Mahamudu Bawumia, to outdoor the NPP’s POLICY STATEMENT for the Zongos and Settler communities in the country ahead of the 2020 General Elections. He also spearheaded the formation of the Nasara Wing of TESCON in all the major tertiary institutions in the country.

Another achievement of Alhaji Abdul Aziz Futah that is worth mentioning, is the role he played in the formation of Nasara Communications Team in the various regions of the country to help in disseminating the party’s message of hope to the good people of Zongo in particular and Ghanaians at large. He has also significantly contributed to the setting up of Nasara branches all over the World (particularly in countries that had none).

In the final analysis, it can, rightly so, be contended that, Alhaji Abdul Aziz Futah successfully worked at transforming the Nasara Wing of the NPP from an otherwise ordinary party structure to one of academic and research-driven entity or if you like, a ‘Zongo think tank’.

Furthermore, at the heat of the 2020 campaign season, Abdul Aziz Futah, rolled out a comprehensive training workshop and orientation programmes for all Regional and Constituency Nasara Coordinators as well as for Zongo Volunteer Groups in the country to better prepare them for the elections.

He also lobbied and ensured that enough logistics and other relevant resources were made available to all the regional and constituency Nasara campaign teams to assist them in prosecuting the NPP campaign in the Zongos and Settler Communities.

The “Zongo Mungan Sakia” Campaign, the first of its kind, which was introduced by the Aziz Futah-led Nasara Wing, and successfully implemented across the country, helped to propagate the achievements of the NPP government in Zongo and Settler Communities. It also helped to sell the party’s manifesto policies that are very relevant to these communities.

It would also be recalled that during the 2020 voter registration exercise, the Nasara Wing rolled out the ‘Zongo Register Project’, where data of potential voters from the Zongos and Settler Communities were collected for purposes of building an effective database to assist the party in reaching out to them in order to canvass for votes.

To add to the foregoing, Alhaji Abdul Aziz Futah, has done extremely well in securing scholarship as well as travelling opportunities for some members of the Nasara Wing. More instructively, he has, on annual basis, facilitated the embarkation of the pilgrimage to the holy land of Mecca for the various Nasara Coordinators to enable them perform Hajj.

Last but not least, Alhaji Abdul Aziz Futah, has assisted many people in our Zongos to get empowered through a number of interventions he has rolled out including the Zongo Business Initiative. He has also been able to secure many job opportunities for his Nasara Coordinators and other members of the Nasara Wing.

Ultimately, having regard to the foregoing, it can only be concluded that the hardworking National Nasara Coordinator of the NPP, Alhaji Abdul Aziz Futah, has delivered on his mandate as the leader of the Wing. My understanding is that he would again be seeking re-election, and I’m confident that his achievements and hard work would once again be recognized by the rank and file of the party and rewarded appropriately.