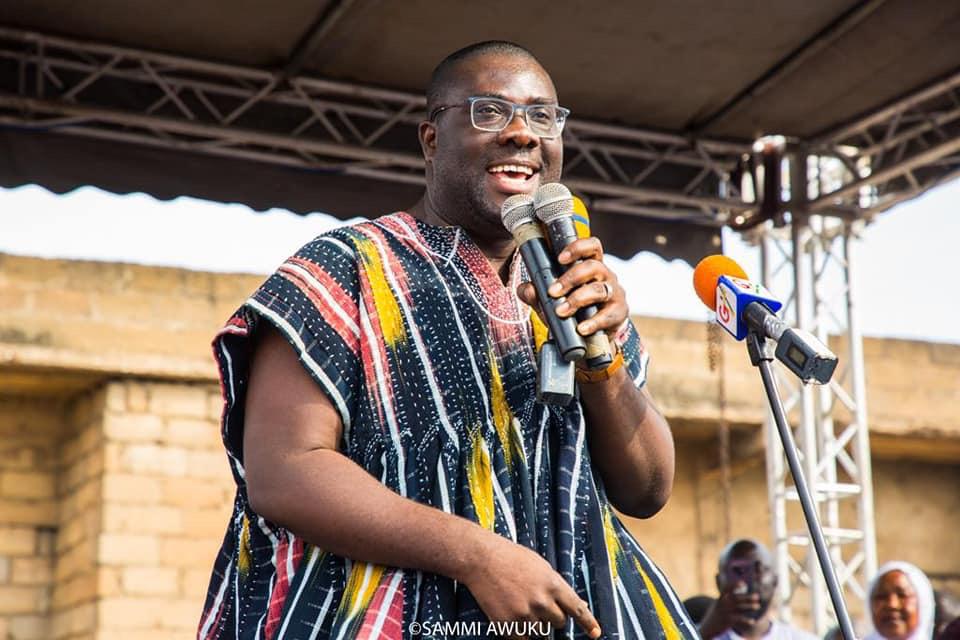 The Director General of the National Lottery Authority (NLA) and National Organizer of the governing NPP, Mr. Sammi Awuku, has strongly defended the records of the General Secretary of the Party, John Boadu, as well as the National Youth Organizer, Henry Nana Boakye, and the other National Executives of the Party inclusive of himself, claiming they did a fantastic job in delivering on their mandate of securing an emphatic one-touch victory for the Party in the difficult elections of 2020.

Some critics have sought to downplay the achievements of the current national executives of the Party only on the basis of the outcome of the 2020 parliamentary elections results whilst overlooking the presidential results where the Party, which was seeking a second term, made history by winning with over 500,000 votes. One of such critics is the person of Opare Ansah, the former MP for Suhum, who is lacing his boots to contest John Boadu.

In a recent interview he granted to Citi fm, the aspiring General Secretary, Opare Ansah, who admitted that the current national executives were largely the same crop of executives that delivered the unprecedented victory in 2016, nonetheless, went on to submit that they should however not be credited for that [2016] victory. But rather, they should be blamed for the relatively lesser number of seats the Party secured in the 2020 elections.

But speaking to Asempa fm’s Osei Bonsu on Ekosiisen on Wednesday, 19th January, 2022, the man described as the ‘capo’ of Ghana’s politics, Sammi Awuku, rejected this claim, arguing that, Opare Ansah cannot approbate and reprobate when it suits him. He also rejected Opare Ansah’s claim that the current NPP leadership has been poor, and said that, no Report has indicted the national executives for the outcome of the 2020 elections.

Sammi Awuku described Opare Ansah’s utterances as a deliberate propaganda which have no basis in facts and called on Party members to reject same. He advised aspirants for the various positions in the Party to campaign on their strengths rather than seeking to rundown others particularly incumbent executives even in the absence of any justifiable basis. He then pledged his support for the current National officers who will be seeking re-election.

The outgoing National Organizer, Sammi Awuku, the ‘capo’, also spoke about his possible replacement. In this respect, he showed absolutely no hesitation in applauding the leadership credentials and hard work of the current National Youth Organizer, Lawyer Henry Nana Boakye, who is vying for the National Organizer position.