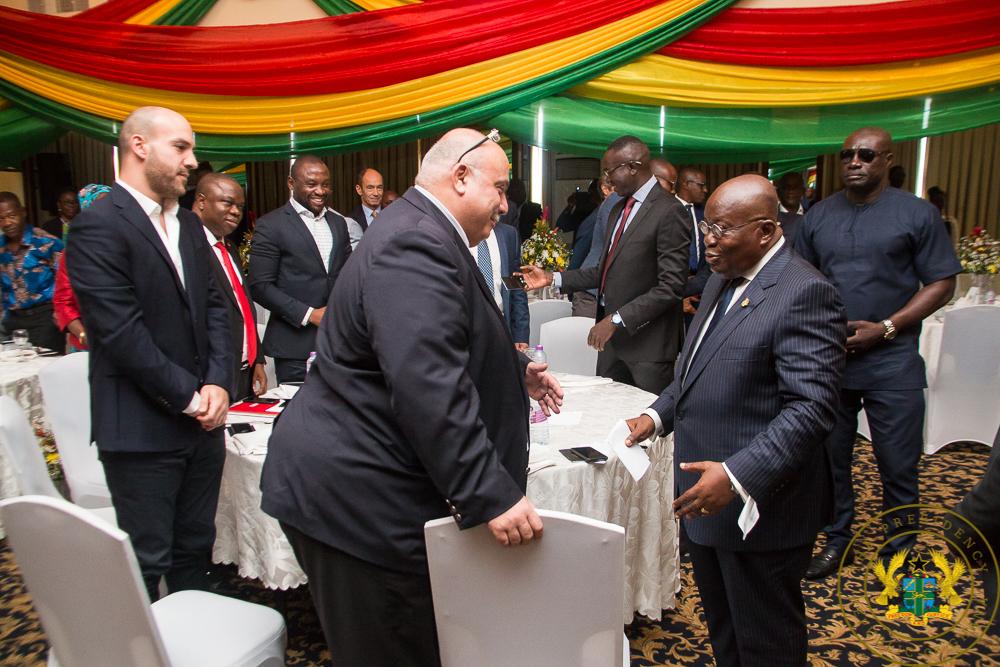 The President of the Republic, Nana Addo Dankwa Akufo-Addo, says the 3-year Business Regulatory Reform Programme introduced by his government will stimulate the growth and development of the private sector, and improve the business atmosphere in the country.

According to President Akufo-Addo, these reforms will complement and reinforce the strong measures that have been implemented for financial and economic stabilization, as well as position Ghana strategically to take maximum advantage of the African Continental Free Trade Area.

Speaking at the maiden edition of the CEOs Executive Forum, on Wednesday, 6th November, 2019, Beach Hotel, the President stated that his Government’s policy approach to supporting the growth of the private sector in Ghana has been anchored on four (4) key priorities namely, Stabilizing the Macro-Economy, Executing a Financial Sector Reform Programme, Introducing Pro-Business Policy and Programme Interventions under the Ten Point Plan for Industrial Transformation, and Implementing a Comprehensive Business Regulatory Reform Programme.

With a stable macroeconomic environment enabling businesses to plan with certainty, invest and thrive, he noted that “all our macroeconomic indices are pointing in the right direction, and it comes as no surprise, therefore, that, today, Ghana is the leading recipient of foreign direct investment in West Africa.”

Government, President Akufo-Addo stressed, will continue to demonstrate its commitment and determination to ensuring the stability of the macro-economy.

“If we are to accomplish our vision of a “Ghana Beyond Aid”, that is a Ghana no longer dependent on the benevolence or charity of foreign taxpayers and donors for the management of her public finances, we must change course, hence the establishment of the Presidential Fiscal Responsibility Advisory Council. Ghana is now the only other country in sub-Saharan Africa to establish a Fiscal Council, after the Republic of Mauritius,” he added.

Secondly, the President stated that his Government, upon assumption of office in January 2017, introduced extensive reforms to clean up the banking sector and enhance its liquidity, with the banking sector, at the half-way stage of 2019, according to the Bank of Ghana, recording a profit after tax of GH¢1.67 billion, representing year-on-year growth of 36.3%, compared with 21.7% in the same period last year.

He told the CEOs gathered that he has asked the Governor of the Bank of Ghana to interrogate the issue of high-interest rates in Ghana, and how the problem could be addressed to enhance the competitiveness of the private sector.

Thirdly, President Akufo-Addo indicated that Government has embarked on a comprehensive programme for industrial transformation based on 10 pillars. These include the One District One Factory Initiative, the Stimulus Package for Distressed Companies, the development of new Strategic Anchor Industries to diversify the economy, the establishment of Industrial Parks and Special Economic Zones, and the promotion of the SME Sector.

Components – Business Reform Programme
The seven components are “Targeted Reform Initiatives”, which will ensure that Ghana’s position in the annual Doing Business Ranking improves consistently; “One-Stop Registry of all Business Regulations”, which will ensure that the inventory of business-related acts, legislative instruments, regulatory notices, and administrative directives are available in a single electronic registry.

The others include “A Voice for All in Public Consultations”, which is an interactive web portal for public consultation with government on business-related policy, legal and regulatory changes; “Rolling Review of business regulations, using Regulatory Guillotine principles”, which is a functioning e-Registry and Consultations Portal that will enable Ministries, Departments and Agencies to carry out systematically rolling reviews of regulations, in order to reduce turnaround times and the cost of compliance; and “Regulatory Impact Assessment “to be introduced in order to build a permanent system for quality control of new business regulations, and safeguard the gains made from reforms.

The President added that “Targeted Regulatory Relief” which will grant SMEs, at early stages of development, targeted relief from regulatory requirements in order to stimulate higher levels of entrepreneurship and job creation in strategic sectors, and gradually phase-in standard rules as the firms begin to grow; and “Permanent Public-Private Dialogue Mechanism”, which provides a permanent mechanism for structured dialogue between Government and the private sector, are the two components of the reform programme