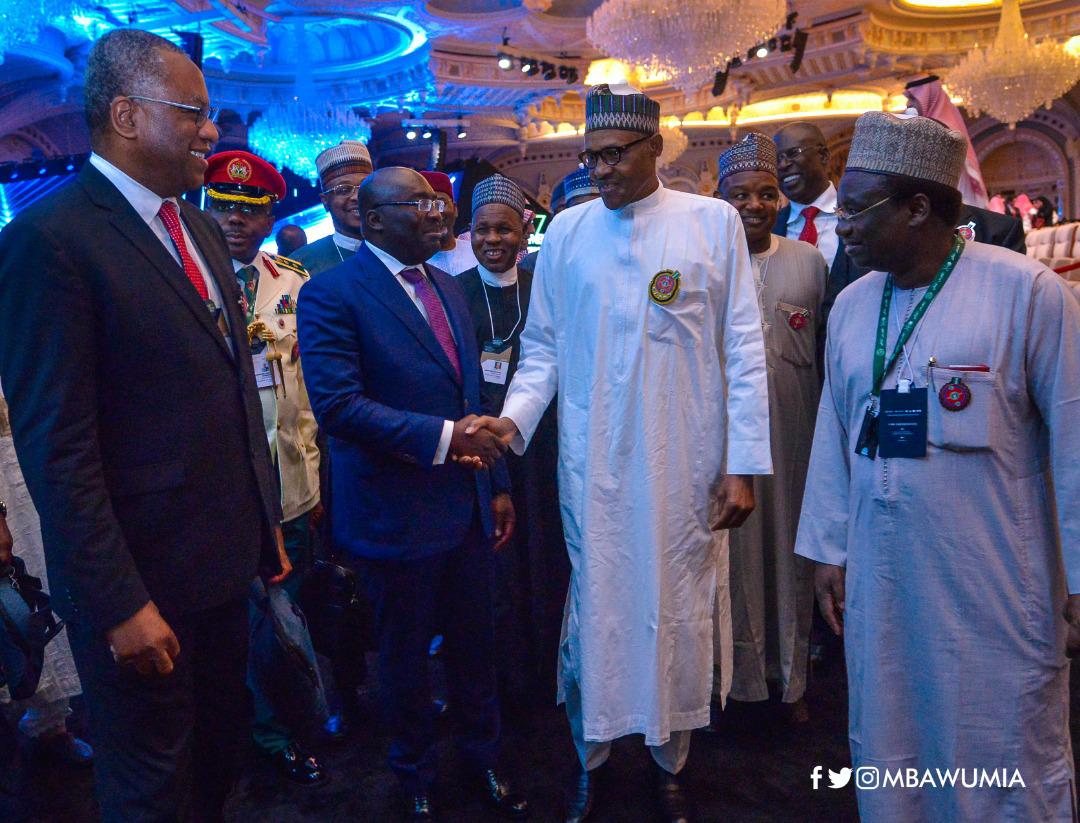 The President of Republic, Nana Addo Dankwa Akufo-Addo, says the proper management of the Ghanaian economy, over the course of the last 2 years and 10 months in office, has resulted in his government’s ability to finance his Government’s flagship policies.

These policies, according to President Akufo-Addo, include the Free Senior High School, which is currently enrolling some 1.2 million pupils, the highest number of pupils in Senior High School in Ghana’s history; and the programme for “Planting for Food and Jobs”; which has led to the revival of Ghanaian agriculture, bringing in its wake a bumper harvest in 2018 and exports of significant quantities of foodstuffs to Ghana’s neighbours, with the same expected for 2019.

The President cited the 1-District-1-Factory initiative; the 1-Village-1-Dam policy; the restoration of allowances of nursing and teacher trainees, that were scrapped by the Mahama government; the employment of one hundred thousand (100,000) graduates under the Nation Builders Corp; and the recruitment of sixty thousand (60,000) young men and women under the Youth in Afforestation Programme as examples of some of the policies that have been implemented since he assumed office.

President Akufo-Addo made this known on Wednesday, 30th October 2019, when he addressed the 8th Edition of the Ghana Economic Forum at the Tang Palace, in Accra.

In his remarks, he noted that the macroeconomic situation that his Government inherited, at the beginning of 2017, was a dire one, evidenced in a GDP growth of 3.6%, a fiscal deficit of 9.3%, inflation at 15.4% percent, a weak external reserves position, and a banking sector weighed down by a plethora of poorly capitalised, and weak and insolvent institutions, with potentially grave consequences for the entire financial system.

“Agricultural and industrial activities were down. Unemployment, especially of the youth, was widespread, against a background of low incomes and high prices. This was the distressing state of the economy that awaited us in January 2017, despite an ongoing, three-year IMF Extended Credit Facility arrangement that had been initiated in April 2015 with the previous Mahama government,” the President added.

However, since 2017, President Akufo-Addo noted that the economy has been growing consistently above 7%, and, in the last two years, has been amongst the world’s fastest-growing economies, with the IMF projecting Ghana’s economy, this year, to have one of the world’s highest growth rates of 7.6%.

“Inflation for September stood at 7.6%, in single digits, the lowest in over two decades. Our exports are growing healthily; our trade balance account, for the first time in more than a decade, recorded a surplus in 2017, maintained it in 2018, and we expect to maintain the surplus for this year as well. We have brought the fiscal deficit down to 4.5%,” he said.

The President continued, “Our external reserves, as at June 2019, stood at 4.3 months of import cover. All our macroeconomic indices are pointing in the right direction, and it comes as no surprise, therefore, that, today, Ghana is the leading recipient of foreign direct investment in West Africa.”

He noted that, at the half-way stage of 2019, according to the Bank of Ghana, the banking sector recorded a profit after tax of GH¢1.67 billion, representing year-on-year growth of 36.3%, compared with 21.7% in the same period last year.

With the country, in April this year, also successfully exiting from the IMF programme, with their strong commendations on the recent management of the economy, President Akufo-Addo stated that “it is gratifying to note that these important achievements in financial and economic stabilisation have been recognised and appreciated not only in Ghana but also internationally.”

Since 2017, the international rating agencies, Standard and Poor’s and Fitch, have both upgraded Ghana’s credit rating to ‘B’ with a stable outlook, up from ‘B’ minus with a negative outlook and ‘B’ minus, respectively, in 2016. This has enabled the country to access Eurobond markets at lower rates and longer maturities.