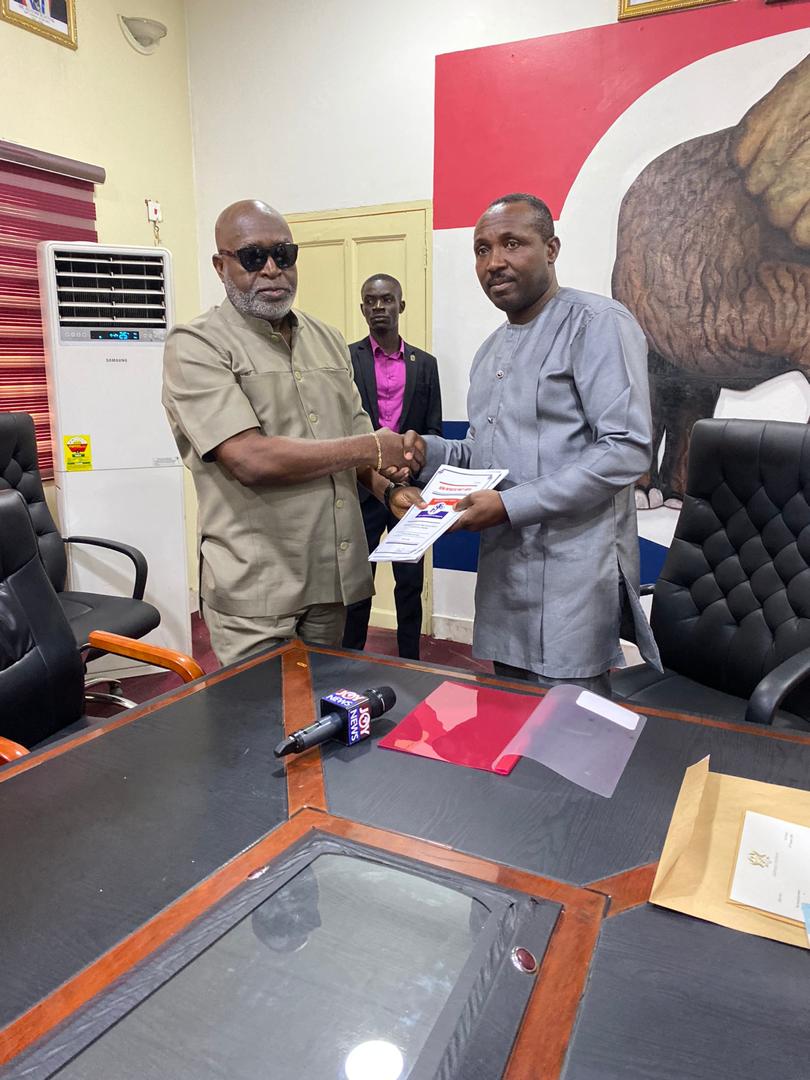 The President of the Republic, His Excellency Nana Akufo-Addo, on Monday, January 27, 2020, picked the NPP’s Presidential Nomination Forms to contest in the party’s impending presidential primaries for the 2020 General Elections. The Forms were picked for and on behalf of the President by Mr. Victor Newman, the Director of Research at the Jubilee House on the authority of the President.

The General Secretary of the party, John Boadu, handed over a certified copy of the Presidential Nomination Forms to Mr. Victor Newman after the latter submitted a receipt evidencing payment of GHc 20,000 nomination fee in bankers draft in favour of the NPP Headquarters. This is in line with the guidelines and modalities published by the party for the conduct of its Presidential Primaries.

Speaking to the Press after the short ‘ceremony’, John Boadu said, the President is, so far, the only prospective candidate who has picked the Presidential Nominations Forms to contest for the party’s flagbearership slot for election 2020. He added that, if, by close of nomination on February 20, 2020, no other person picks the Forms, the party will, on April 25, 2020, hold a National Congress to acclaim President Akufo-Addo as the NPP’s 2020 Presidential Candidate in line with the party’s Constitution and the published guidelines for the Presidential Primaries.

The NPP chief scribe proceeded to make the point that he [John Boadu] would not be surprised if nobody came to contest the President because of the overwhelming consensus with which NPP members and the Ghanaian people at large think that President Akufo-Addo has done extremely well in his leadership of the country, thus, making him deserving of another four years to do even more for God and country.