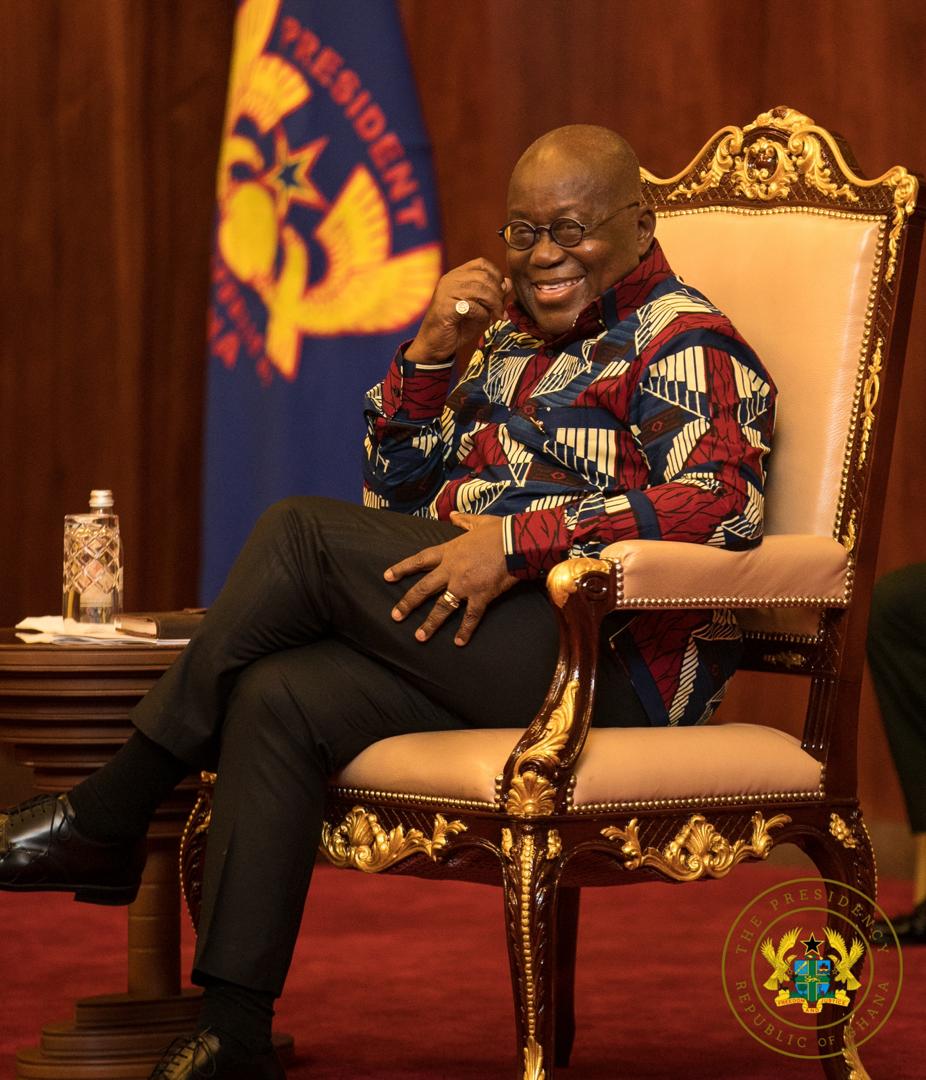 The leaders of the major political parties in the country have commended the President of the Republic, Nana Addo Dankwa Akufo-Addo, for the measures he has put in place to deal with the Coronavirus pandemic in the country.

At a meeting on Friday, 3rd April, 2020, at Jubilee House, at the invitation of President Akufo-Addo, leaders of the National Democratic Congress (NDC), the Conventions People’s Party (CPP), the National Democratic Party (NDP), the People’s National Convention (PNC), the Progressive People’s Party (PPP), and the governing New Patriotic Party (NPP) were unanimous in their praise for the President’s handling of the crisis.

The Chairman of the governing NPP, Mr. Freddie Blay, thanked President Akufo-Addo for the gesture of inviting the parties to dialogue with Government on the pandemic, and described the President’s fight against the disease as “exemplary. Ghana is lucky to have you at the helm of affairs at this time. Whatever you have been doing is being appreciated.”

The 2016 presidential candidate of the PNC, Dr. Edward Mahama, in his remarks, stated that “without unity (amongst Ghanaians), this virus will devastate us. I applaud your decisiveness, and the formation of the COVID-19 management team is a very brilliant one.”

Representing the Progressive People’s Party, Bridgette Dzobgenuku Dzobgenuku, the 2016 vice presential candidate of the party, commended Government and President Akufo-Addo on efforts to combat the disease, stressing that “we are quite happy. Nobody in the world has been here before, and no one here can claim to know how to do it better than anybody else. We are all learning as we go along”

“Let’s make an effort at taking off our competitive blinders, and put on our compassionate lenses, because, at this point, it is compassion we need”, she said to the political party leaders represented at the meeting

Applauding the closure of Ghana’s borders, the subsequent quarantining of some 1.30 passenger, and the partial lockdown implemented in some parts of the country, she added that the PPP’s 2016 presidential candidate, Dr. Papa Kwesi Nduom, was making available to government seven (7) ambulances to help fight against COVID-19.

On his part, Ivor Greenstreet Ivor, the 2016 flagbearer of the CPP, noted that the world has been witnesses to how some governments prevaricated in the wake of the pandemic, and are now paying a heavy price for their actions and inactions.

“Fortunately, this is not a charge your Government can be accused of. Your decisions, thus far, have been decisive, resolute and very important,” he added.

Mrs Nana Konadu Agyeman Rawlings, the 2016 flagbearer of the NDP, thanked President Akufo-Addo for the actions taken so far, stressing that “the actions have been timely and purposeful to the covid-19 pandemic that we have to fight”, with the National Chairman of the NDC, Mr. Ofosu Ampofo, urging for unity in the fight against the pandemic.

The NDC Chairman, thus, urged all “to come together, put our shoulder to the wheel, and assist government fight and defeat the pandemic.”

Rationale for meeting
Explaining the rationale for calling the meeting, President Akufo-Addo explained that the consultations he has so far held with stakeholders on combating the disease will not be complete without also meeting and talking with the political leaders of the nation.

According to President Akufo-Addo, “It is essentially for us to have an opportunity to exchange information with each other, and, more than anything else, to agree on the measures that we can take as political leaders to ensure the unity of our nation at this critical time, and to stress the need for solidarity amongst ourselves.”

He continued, “The example of our own country and countries around the world, which we are all familiar with, is that the disease doesn’t have a political colour. It doesn’t know Democrats or Republicans, or Tories or Labour, or NDC or NPP. It is attacking human beings. That recognition is what should drive our collective response as a people to this pandemic.”

The President, thus, urged the political party leaders gathered to recognize that “this virus is a threat to our communities, society and nation. And we should be able, collectively, to find an input as to the measures that, on a societal basis, can be taken to arrest the spread, and, ultimately, lead to the defeat of this pandemic.”