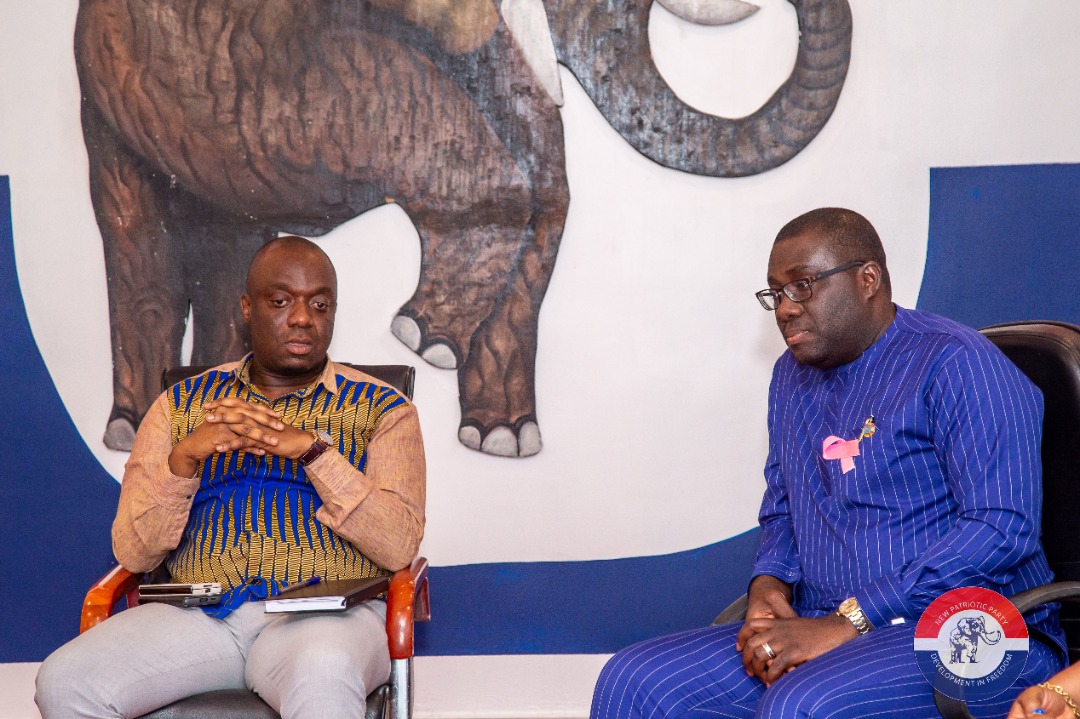 The New Patriotic Party’s headquarters, on Thursday October 13, 2022, hosted the Director General of the National Lottery Authority (NLA), Mr. Samuel Awuku. His visitation was to strengthen the relationship between his outfit and the Party, thereby creating a fertile grounds for broader collaboration.

In his welcome address, the General Secretary observed that the National Lottery Authority has become a household name under the leadership of Sammy Awuku (as he is affectionately called), and urged him to continue his revival of the Authority. He extolled Mr. Awuku for his dedication and support to the party and urged other government appointees to emulate his extraordinary examples.

Mr. Awuku, the erstwhile national organiser of the New Patriotic Party (NPP), disclosed that following his entry into office as Director General, NLA, his outfit executed several initiatives to shore up the revenue of the Authority. This, he confirmed, has been instrumental in the Authority’s ability to recruit hundreds of young Ghanaians. He announced that the National Lottery Authority has no malevolent intent towards the activities of private lotto operators. Nonetheless, it is determined to clamp down on the pursuits of unlicensed individuals operating various lottery schemes.

As a former national officer of the Party, Mr. Awuku was not short of advice for the incumbent executives of the Party. He entreated them to work in unity and collaborate with all stakeholders of the Party as it seeks a historic, third-consecutive electoral victory in 2024 to “break the eight”. Mr. Awuku was accompanied by Miss Anna Horma Akaisi Miezeh, Deputy Director General, National Lottery Authority; Mr. Goodfellow Dei Offei, Mr. David Nkansah Anto; and other staff of the Authority.

It is worthy of note that Mr. Samuel Awuku is one of several government appointees to embrace the party’s initiative to enhance party-government collaboration in the former’s reorganisation ahead of the 2024 general elections.