PARTY-GOVERNMENT ENGAGEMENTS: MINISTER FOR THE INTERIOR TOUCHES BASE WITH STAFF AT THE NPP NATIONAL HEADQUARTERS 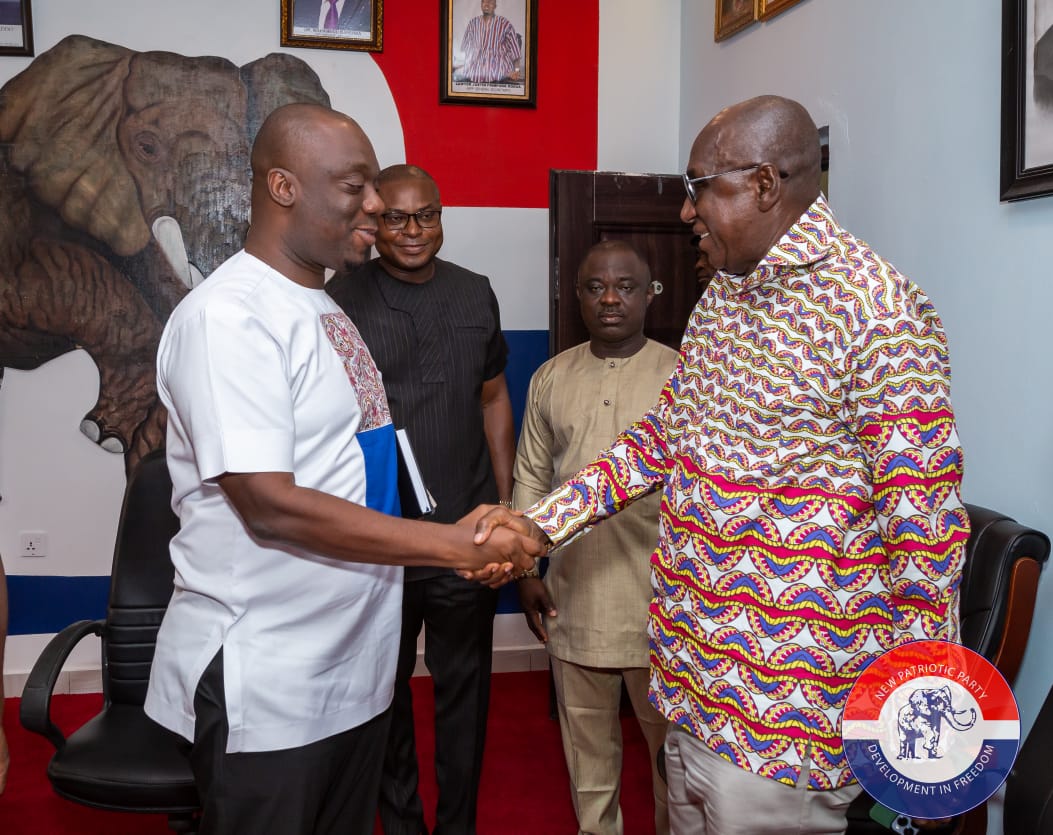 The General Secretary, as part of his welcome address, noted that greater collaboration between government appointees and Party functionaries is critical to the success of the Akufo-Addo administration, thus the decision by the national executive body to roll out the Party-Government Engagements initiative. He assured Hon. Dery that like all other government ministries, departments, and agencies, his could also count on the party to succeed in order to put the Nana Addo-led government in a better light.

Briefing the General Secretary on happenings at his Ministry, the Hon. Minister reiterated Ghana’s enviable achievement as the most peaceful country in the West African Sub-region and second in Africa. He traced the aforementioned achievements to the numerous initiatives and reforms that have been introduced into the country’s security agencies by the Ministry following his appointment in 2017.

In his closing remarks, the General Secretary commended the Hon. Interior Minister for his hard work and proactive administrative measures which he indicated, is necessary to improve Ghana’s security.

He also urged the Hon. Minister and all other government officials to continuously engage various stakeholders of the Party in a bid to retain power in 2024 for the betterment of the lives of Ghanaians.

The New Patriotic Party under Mr. Stephen Ayensu Ntim as National Chairman and Lawyer Justin Kodua Frimpong as General Secretary have recorded a milestone with the introduction of the Party-Government Engagements initiative. Since its implementation about two months ago, several government appointees have been drawn to the party headquarters to engage leadership and staff