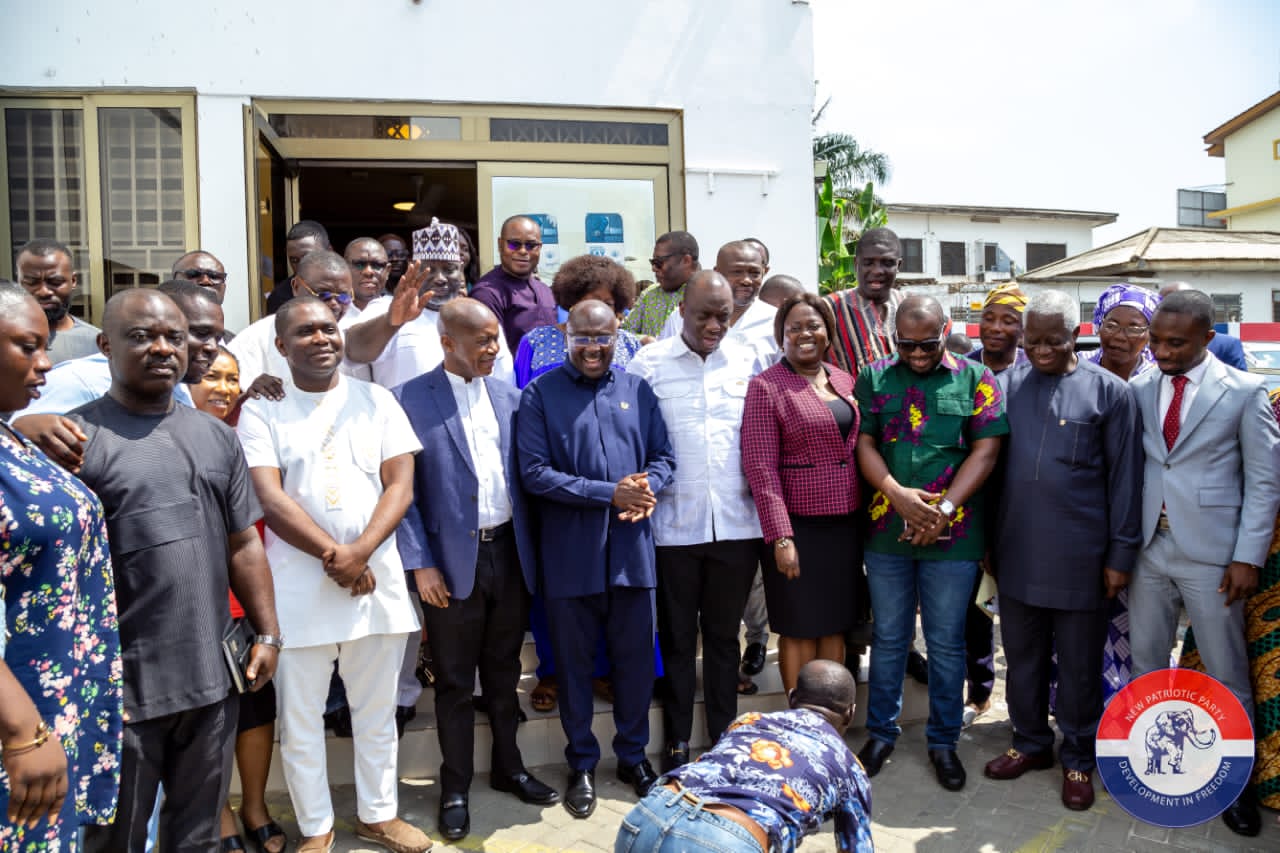 H.E. Alhaji Dr. Mahamudu Bawumia, the Vice President of the Republic, on Wednesday, November 9, 2022, paid a working visit to the headquarters of the NPP to interact with Party executives and staff. He was given a rousing welcome by the national leadership of the Party led by Stephen Ayesu Ntim, National Chairman, and Lawyer Justin Kodua Frimpong, General Secretary. The visit of the Vice President was an indication of his support for the “Party-Government Engagement” initiative introduced by national executives of the Party and aimed at bridging the gap between government appointees and the Party at all levels.

In a thrilling welcome address, the National Chairman, among other things, commended the Vice President for making time out of his busy schedule to interact with Party executives and staff at the headquarters. Chairman Ntim was particularly enthused about the Vice President’s visit, which gesture he said, confirms how popular and all-embracing the initiative had assumed.

Addressing his hosts, the Vice President expressed profound gratitude for the warm reception given to him and his entourage and congratulated the National Executives on their respective electoral victories at the recently held National Annual Delegates Conference of the Party. He commended them for an “excellent start”, and urged them not to rest on their oars as the task of retaining power in 2024 is involved.

The Vice President described the Ntim-Kodua-led national officers as a “formidable team” with the wherewithal to lead the NPP to secure an emphatic victory in the next general elections. He extolled them, so far, for the rolling out of the Party-Government engagement initiative, the successful launch of the new membership card, and a host of other initiatives all of which, are geared towards touching base with the party grassroots.

As a pioneering advocate for unique identification and digitalization, Dr. Bawumia pledged to support the Party’s ongoing membership drive by leading fundraising efforts to provide and pay for the full cost of membership cards for all polling station and other executives of the Party at all levels.

Briefing the leadership of the Party about his role in the current administration, Dr. Bawumia noted that his primary role as Vice President is to support the President execute his mandate, particularly in the implementation of various campaign promises and policies. He reiterated the government’s determination to address socio-economic conditions in the country. The Vice President concluded his remarks with a pledge of his continuous support to the Party.

On his part, the General Secretary, Lawyer Justin Kodua Frimpong, commended Dr. Bawumia for the visit and reiterated the commitment of the National Executives of the Party to serve as impartial referees in the forthcoming parliamentary and presidential primaries. He appealed to all prospective aspiring candidates to respect the rules of engagement and eschew conducts that may divide rather than unite the party.