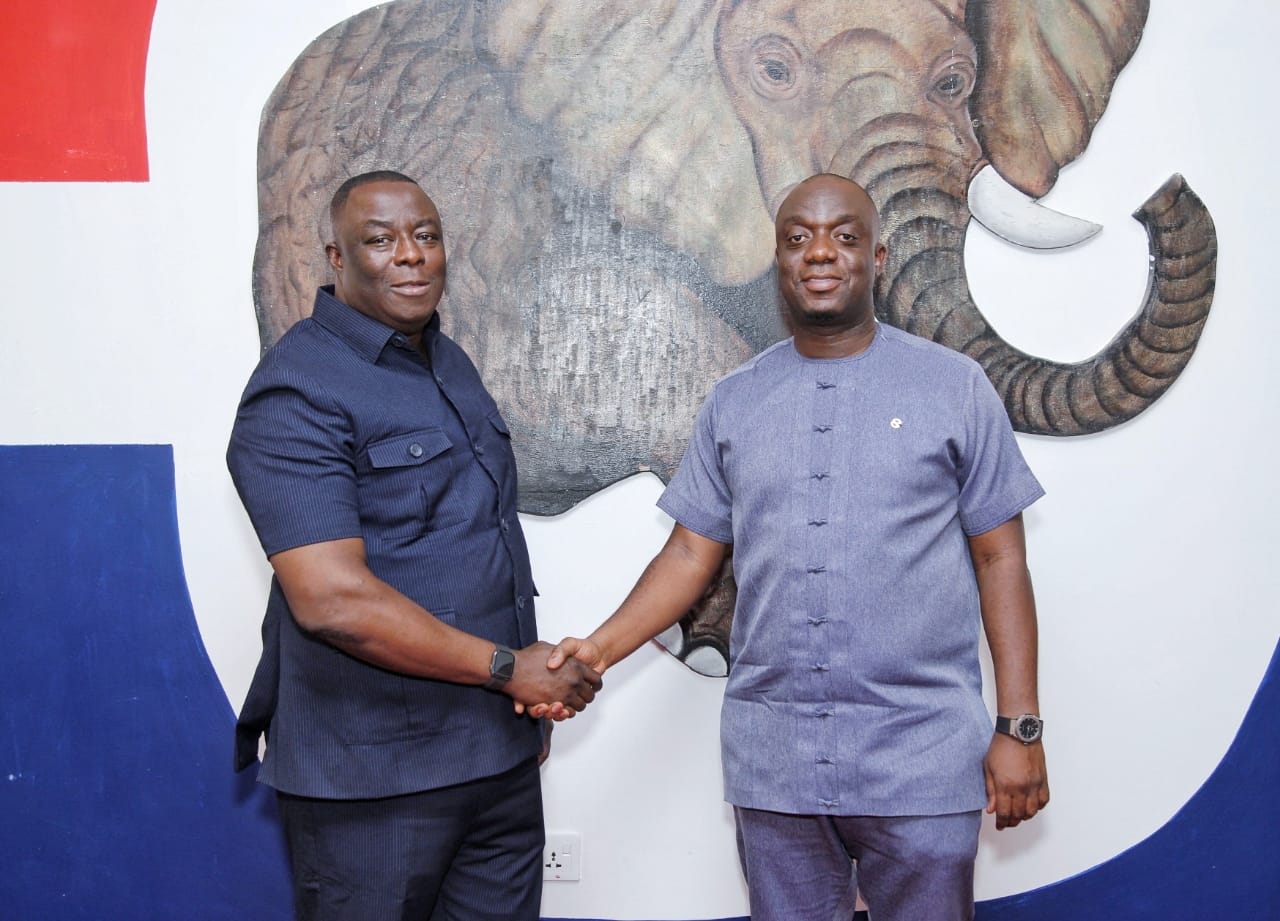 Mr. Lawrence Agyinsam, the Chief Executive Officer of the Ghana Export Import (EXIM) Bank, on Tuesday November 1, 2022, paid a working visit to the headquarters of the ruling New Patriotic Party (NPP). In a thrilling atmosphere, he was received by Lawyer Justin Kodua Frimpong, General Secretary of the Party; Mr. William Yamoah, Director for Finance and Administration; and Mr. Evans Nimako, Director of Research and Elections.

His visit was aimed at cementing the cohesion between his outfit and the Party functionaries under the Party-Government engagement initiative by the national executive body of the NPP.

In his welcome address, Lawyer Justin Kodua Frimpong, General Secretary of the NPP, commended Mr. Agyinsam for his move and urged all other government appointees to continously engage party leadership and other stakeholders to build a united front for the 2024 general elections.

Briefing the General Secretary about the interventions by his outfit, Mr. Agyinsam indicated that the Ghana EXIM Bank has since 2017, been the principal financial institution driving the export of Ghanaian made products. He noted that the export of manufactured goods from Ghana to other parts of the world remains central to the Ghana Beyond Aid agenda hence government’s decision to support Ghanaian exporting companies and enterprises through his outfit.

Mr. Agyinsam intimated that his outfit has not been discriminatory in supporting various developmental initiatives as it has footprints in almost all sixteen regions, and is determined to do more in line with President Akufo-Addo’s vision of a Ghana Beyond Aid.

Recounting some of the numerous interventions by his outfit, Mr. Agyinsam noted that nine indigenous pharmaceutical companies have received various funding supports from the EXIM Bank in tandem with government’s vision to increase the local production of some basic medical supplies. He also disclosed that several shea butter processing companies, poultry farmers and nearly two hundred greenhouse agricultural outfits have
been supported by the EXIM Bank.

Following the introduction of the party-government engagements initiative, leaders of the party have hosted some government appointees, and expect to interact with several others over the course of time.