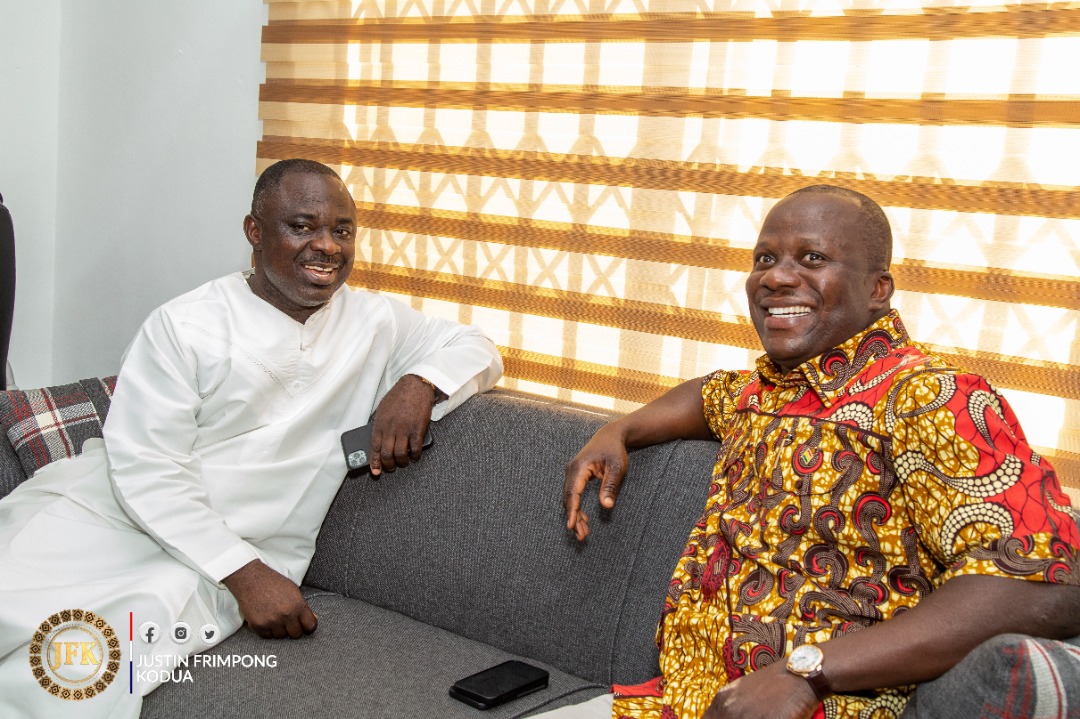 The Minister for Lands and Natural Resources, Hon. Samuel Abdulai Jinapor, on Friday, September 16, 2022, paid a visit to the national officers and staff of the NPP at the Party Headquarters at Asylum Down.

The Director of Finance and Administration, Mr. William Yamoah, received the Honorable Minister.

This initiative by the new National Executives aims at enhancing party-government relationship; bring government appointees closer to the party and unite the party to boost the party’s chances of winning a historic third-consecutive general elections (breaking the eight).

This initiative would be replicated nationwide particularly in the regional and constituency party offices and will further enable government appointees especially Ministers of State, CEOs, and MMDCEs to interact with party grassroots and to educate them on government policies and programs.

The CEO for Ghana Water Company Limited, Dr. Clifford Braimah, on Friday September 9, 2022, also visited the Party Headquarters to interact with national officers and Staff of the Party. Other government appointees are expected to be hosted at the Party headquarters in the coming weeks.