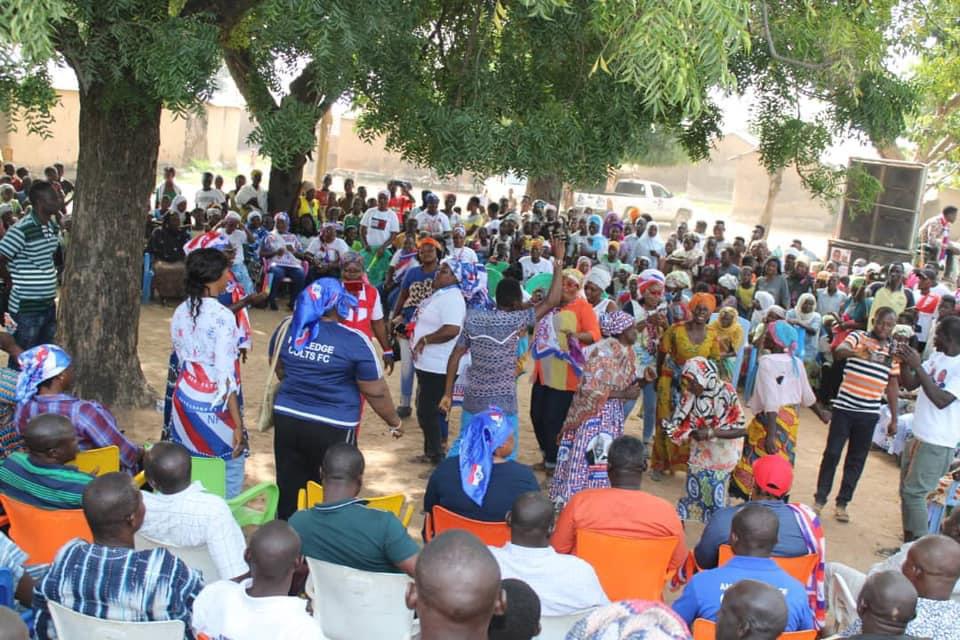 National Women’s Organizer of the New Patriotic Party, Madam Kate Gyamfua, has dispatched a team to the (5) Northern Regions led by the deputy National women’s organiser(NPP)- Hajia Sauda Saed; Director of Operations at the women’s wing, Hajia Anatu; a Deputy National Nasara Coordinator, Hajia Aisha and Hajia Safia, a former Personal Assistant to Madam Otiko Afisa Djaba, to distribute to the women wing’s in the five Northern regions some items to aid in the 2020 election campaign.

The Women’s wing leader has stayed true to her promise to make the women’s wing more attractive, effective and efficient.

The deputy women’s organizer who lead the team to the five Northern Regions took the opportunity to engage the women in the various constituencies in the area.

It is of the believe that the women’s wing will benefit fom this gesture and go a long way to affect results in the 2020 elections.
The women’s voice will be greatly upheld in ensuring victory for Nana Addo Dankwa Akufo-Addo to continue his good works.

Agenda 4more4Nana is still on course.