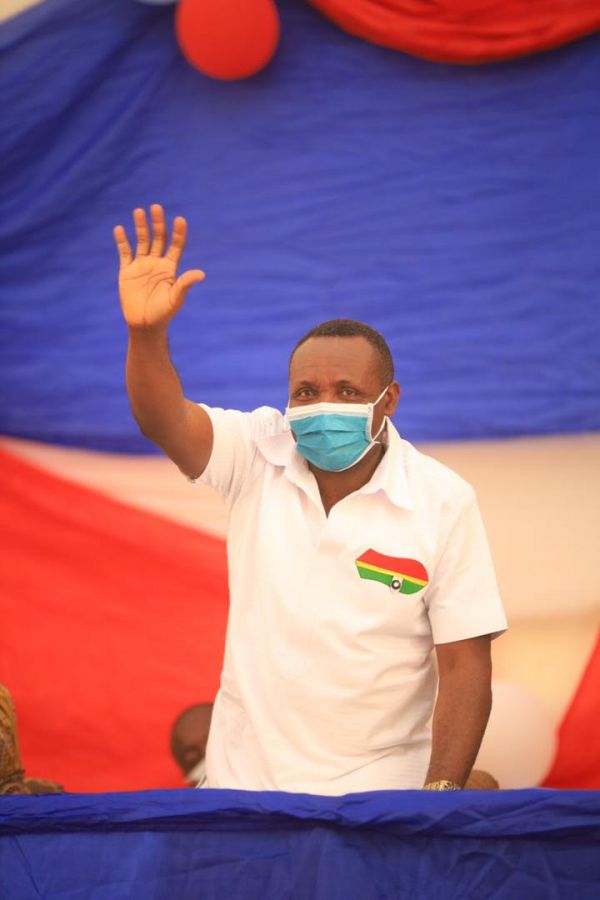 The National Executive Committee (NEC) of the governing NPP, according to the party General Secretary, Mr. John Boadu, would soon meet to take a strong position on developments regarding the party’s 2024 flagbearership contest, which he described as completely backward, unproductive and distractive.

This follows concerns expressed by the party’s rank and file on the matter during the nationwide ‘thank you’ tour of the National Executives of the party. The grassroots of the party have expressed their disaffection and revulsion at the conduct of some leading members of the party with presidential ambitions, who are said to be engaged in some covert manoeuvrings towards bringing their ambitions into fruition.

They are particularly averse to the actions of some overzealous supporters of these flagbearer hopefuls who are engaged in smear campaign and mudslinging especially on social media platforms against one another. Accordingly, the grassroots urged the leadership of the party to take immediate steps to arrest the situation before it gets out of hand.

Reacting to these legitimate concerns of the party’s rank and file, during the National Executives’ engagement sessions with party grassroots in the Savanna Regional Capital, Damango, on Friday, April 9, 2021, as part of their nationwide ‘thank you’ tour, the NPP Chief Scribe stated among other things that:

“the party’s National Executive Committee (NEC) is scheduled to meet very soon to deliberate on developments regarding the 2024 flagbearership contest, and would most definitely, take a strong position on the matter in order to ensure that every member of the party regardless of their status is called to order. The party is much bigger than the individual ambitions of its leading members.

John Boadu proceeded to remind members of the party that the party’s current interest and preoccupation, is to concern itself on how it can help the yet to be fully constituted Akufo-Addo government deliver on its second term mandate to the Ghanaian people, and not matters of who should succeed President Akufo-Addo.

“We just won the 2020 elections, and the President is still in the process of forming his government with the appointment of Ministers, Deputies, CEOs and governing Boards of the various State Institution, for us to start implementing our campaign promises. Our victory in 2024 will, by all means, be dependent on how this yet to be constituted second-term Akufo Addo led government performs.

So, why are we rushing to look for a successor for the President when he hasn’t even finished forming his government? We, as leaders of the party, won’t allow such backwardness and distractions”, John Boadu stressed, receiving thunderous applause from his audience.