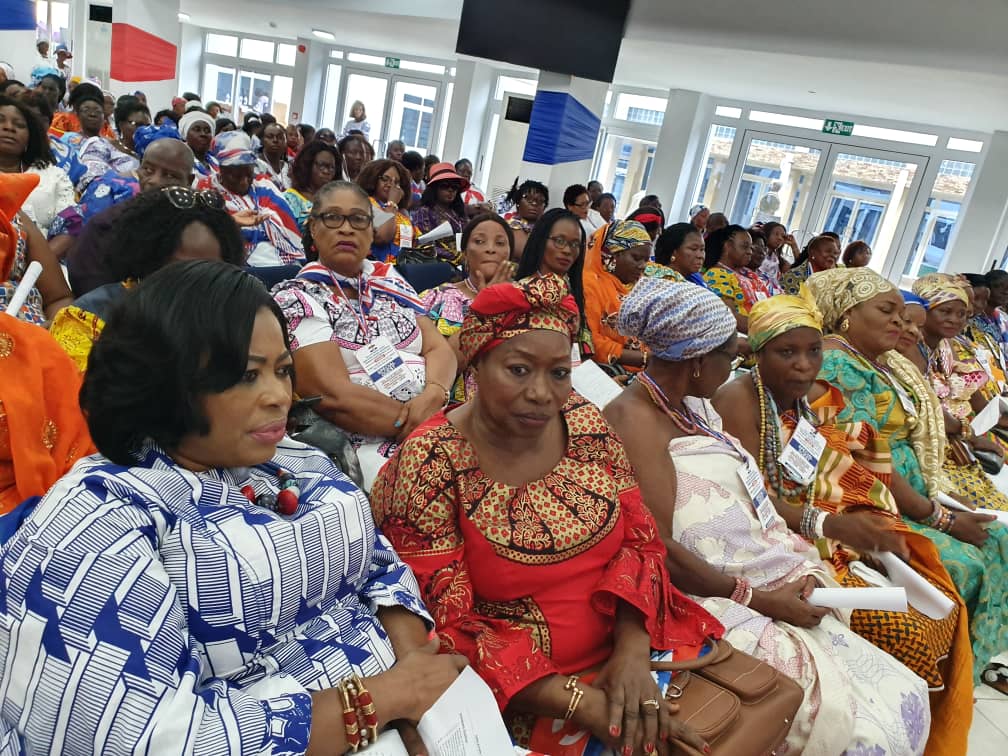 The Teachers’ Hall in Accra on Tuesday hosted many dignitaries and birth many excellent speech and deliveries as the hardworking women’s organizer of the NPP.
Mama Kate Gyamfua spoke on government policies and reelecting Nana Addo for the second time to push Ghana forward and make it an economic landmark in Africa and beyond.

She spoke for the women who have their sons and daughters in school as well as graduates all over Ghana who have suffered unemployment under the erstwhile Mahama government, she spoke on how the Nana-Bawumia led administration has worked and continues to work to reduce the lager numbers of unemployment that burdened the country before 2017.

In attendance were personalities like the chief of staff of the republic Hon. Frema Akosua Opare, the first vice-chairperson of the party madam Rita Asobayere, The Greater Accra regional deputy minister Honourable Elizabeth Sackey, Honourable Naa Torshie, the Greater Accra regional chairman, members of parliament, DEC’s and party executives were all present to make the program a success.

She mentioned the steps the administration has taken through policy, projects and programmes in order to deal appropriately with the menace. Policies, projects and programmes such as NABCo, Planting for Food and Jobs (PFJ), National Entrepreneurship and Innovation Plan (NEIP), Free SHS, Employment for Health Sector workers both within and outside country amongst many others are all undergoing with the highest expectation of making unemployment the least amongst our issues as a nation.

She reiterated these measures were going to continue unabated even after 2020 when God willing the administration is re-elected. She gave assurance of more plans in the pipeline to ensure that the 1District 1Factory project is in full shape as well as other industrialization project to be undertaken in the second term God willing.

All who were gathered were assured of the administrations resolve and unrest until the Unemployed Graduates Association which existed under Mahama is no more due to abundance of job opportunities and prospects for the youth in entrepreneurship.

She rallied for the people of Greater Accra region to vote massively for the administration come election 2020 and win more seats as the NPP government has proven to be the only party well poised to bring prosperity to Ghana.
The only party that can save Ghanaians and forward the nation into development.