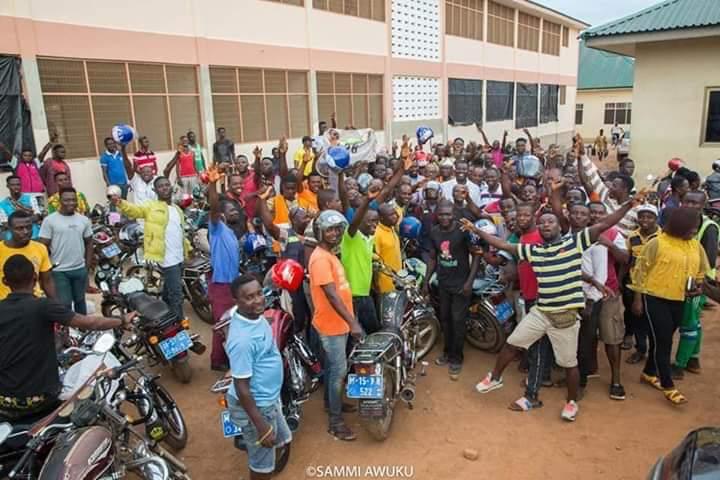 NPP National Organizer, Sammi Awuku is back in the Volta Region interacting with the public ahead of the 2020 elections.

This is the second time within a fortnight that the NPP National Organiser has visited the stronghold of the opposition National Democratic Congress (NDC).

Mr. Awuku who touched base in the Region on Tuesday, August 20, 2019, engaged the party executives from various constituencies on issues of national interest.

Capo, as he is affectionately called, also interacted with traders, driver unions and motor riders as well as residents among others in the Region to get their feedback on government policies while explaining the rationale behind some of the policies.

Mr. Awuku, who also doubles as the Board Chairman of the Youth Employment Agency, reiterated President Nana Akufo-Addo’s commitment to a prosperous Ghana.

He was happy over the level of acceptance of government policies and programs by the people who have poured out their excitement in a great measure at the good works of the current administration.

He said “kudos to the Regional Chairman, my indefatigable Regional Organiser and the rest of the executives who made it possible for us to touch base with the various groups in the Region”.