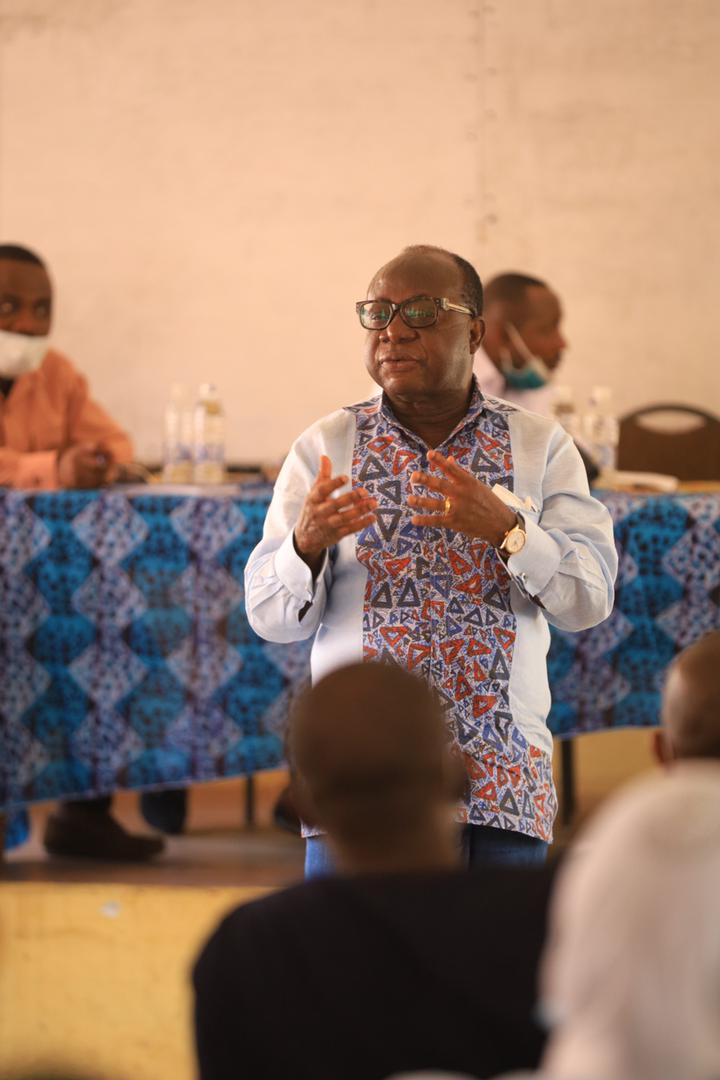 The National Executives of the NPP, led by the National Chairman, Hon. Freddy Blay and General Secretary, John Boadu, on Friday, March 19, 2021, commenced a working tour of the 16 regions and 275 constituencies of the country, to touch base with party grassroots as part of efforts towards re-energizing, restructuring and repositioning the party for the task ahead.

The nationwide working tour is also to afford the national executives an opportunity to listen and address the concerns of party grassroots, and also engage the structures of the party on ways by which they can support the Akufo-Addo government to deliver on its second-term mandate in order to enhance the party’s chances of breaking the 8-year governance cycle.

Also in attendance at these ‘touching-base’ meetings, were the MMDCEs and Members of Parliament for the respective districts and constituencies that were visited. The national officers were accompanied by the Greater Accra regional executives of the party led by the Regional Chairman, Mr. Divine Agorhum, in their tour of the Greater Accra Region.

From the Greater Accra, the National Executives are expected to proceed to the Ashanti Region, and then to Ahafo, Bono and Bono East Regions in the phase one of this nationwide tour.