NPP LEADERSHIP VISITS THE FAMILY OF THE LATE EKOW HAYFORD 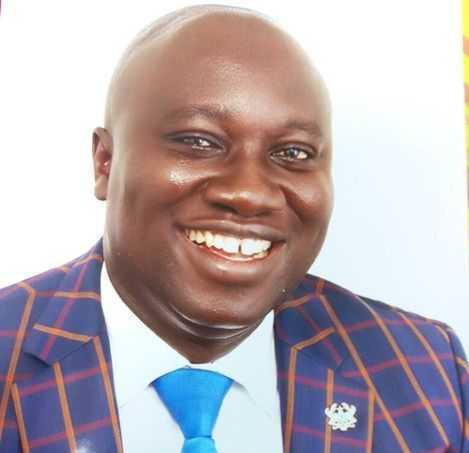 The leadership of the governing NPP led by the party’s General Secretary, John Boadu, on Sunday, October 11, 2020, visited the residence of the Late Member of Parliament for Mfantseman Constituency, Hon Ekow Kwansah Hayford, at Mankessin, to sympathize with the bereaved family. The delegation assured the family of the party’s continuous support for them in these trying times particularly in their quest to seeing the killers of the late MP being brought to justice.

The late MP, who was also the 2020 NPP Parliamentary Candidate for the Constituency was gruesomely murdered by some unknown assailants last Friday while he was returning from a campaign tour. After commiserating with the family, the NPP chief scribe observed that per the constitution and electoral laws of the country, the party is enjoined to, within 10 days, file a new parliamentary candidate for the constituency.

This, he said, will soon be done after the necessary consultations with the bereaved family as well as with the Constituency and Regional executives to agree on a possible replacement for the late Hon Ekow Hayford. According to John Boadu, the party’s National Executive Committee (NEC) will most likely meet on Wednesday, October 14, 2020, to confirm whoever is selected through this consultative process as the NPP parliamentary candidate for the constituency.

Meanwhile, there are strong calls coming from the constituents of Mfantseman for the party to settle on the wife (widow) of the late MP, Mrs Ophelia Hayford, as his replacement. This call is shared by the executives of the party in the constituency. It is however not clear whether or not the party will heed to the overwhelming calls and accordingly name his widow, Mrs Ophelia Hayford as the new Parliamentary Candidate for the Mfantseman Constituency after the NEC meeting on Wednesday.