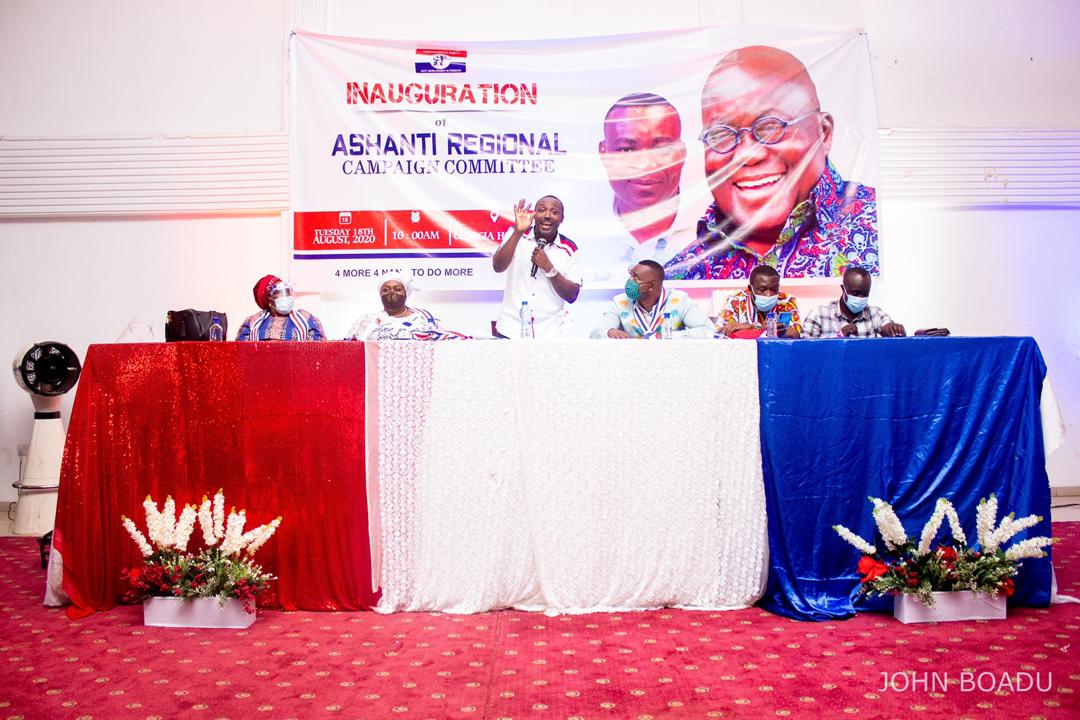 The NPP, on Tuesday, August 18, 2020, inaugurated its Ashanti Regional campaign team for the 2020 Parliamentary and Presidential elections. The team members were sworn into office by the party General Secretary, John Boadu, at a short inaugural ceremony held at the Georgia Hotel in Kumasi.

The Ashanti Regional Chairman of the NPP, Antwi Boasiako (aka Chairman Wontumi) heads the regional campaign team, with all the other 16 Ashanti Regional Executives of the party as members. Other members of the team include the Chief of Staff, Hon. Akosua Frema Opare; the Agric Minister, Hon. Dr. Owusu Afriyie; the Ashanti Regional Minister and his Deputy; the CEO for YEA, Justin Kodua; the Managing Director of ECG, Kwame Agyemang-Budu and Nana Ama Poku Kufour, the deputy CEO for Exim Bank.

On his part, Chairman Wontumi, who spoke on behalf of the Ashanti regional campaign team, assured the party that the team would work hard to secure an emphatic victory for His Excellency President Nana Addo Dankwa Akufo-Addo and all the 47 Parliamentary Candidates (PCs) of the NPP in the Ashanti Region.

He disclosed that the Regional Party had launched operation 47/47 Parliamentary Seats in the Region and said, they were on course to achieving exactly that. He appealed to the members of the party and the Ghanaian people in general to continue to repose their confidence in the NPP, which, according to him, is the only party in Ghana that is able to deliver prosperity to the Ghanaian people.