NPP DONATES TO NATIONAL CHIEF IMAM AND THE MUSLIM COMMUNITY 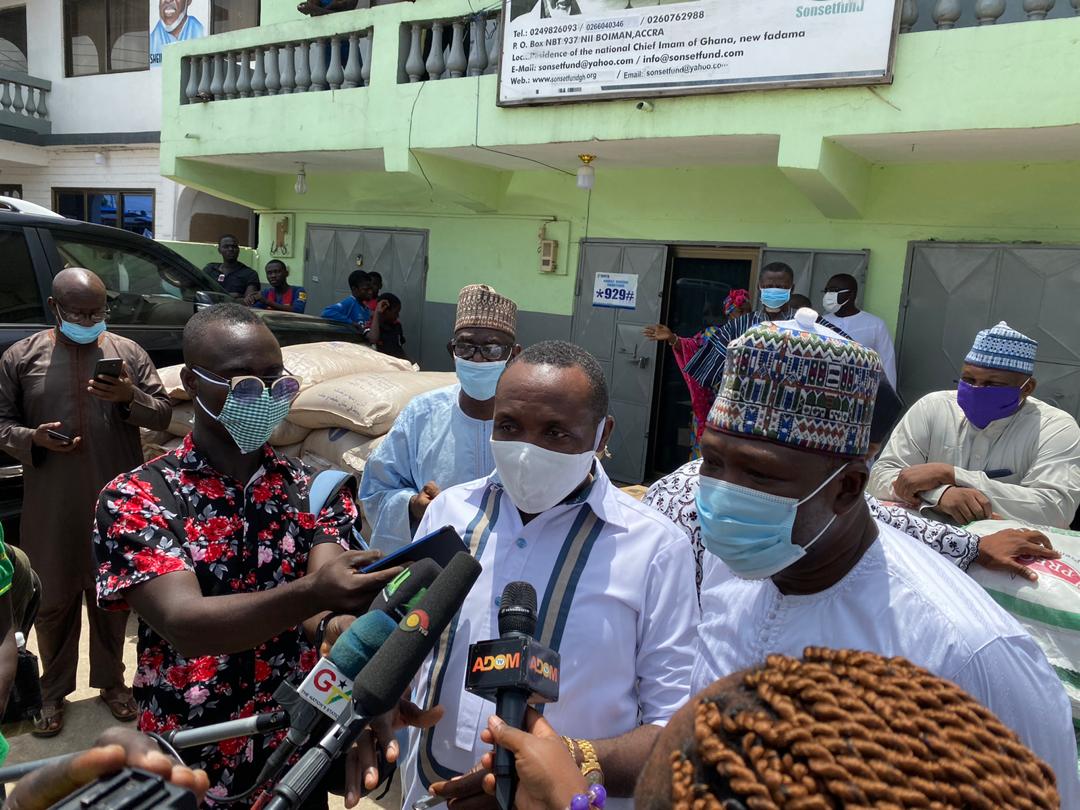 The NPP, led by its National Chairman, Freddy Blay, on Wednesday, May 6, 2020, paid a courtesy call on His Eminence the National Chief Imam of the Republic, Sheik Nuhu Sharubutu, at which event, the party made a donation of some food items and an undisclosed amount of money. The items donated by the NPP leadership as part of the party’s support for the Muslim Community in this period of Ramadan included several bags of rice, sugar, cottons of milk, among others.

The National Chairman of the party used the occasion, first of all, to thank Almighty Allah for bestowing on the Leader of the Muslim Community in Ghana, who recently turned 101, His enormous blessings, long life and grace, thereby making him an embodiment of wisdom and source of hope in the national life of our country and beyond.

Chairman Freddy Blay then requested from the Chief Imam, to say special prayers for the NPP as well as the Akufo-Addo Government and indeed for the rest of the nation and the world at large to, inter alia, overcome the existential threats posed by the deadly Covid-19 pandemic.

On his part, the revered National Chief Imam gracefully obliged to the request and said the special prayers. He also, through his official spokesperson, Sheik Arimiyawo, expressed gratitude to the NPP leadership for the donations which he said had come at the right time due to the pressure on the Office of the Chief Imam to fend for the have-nots in this period of Ramadan Fast.

He also intimated that the NPP has been very consistent in supporting the Muslim Community during Ramadan and other religious occasions whereupon he thanked the party executives and wished them well.