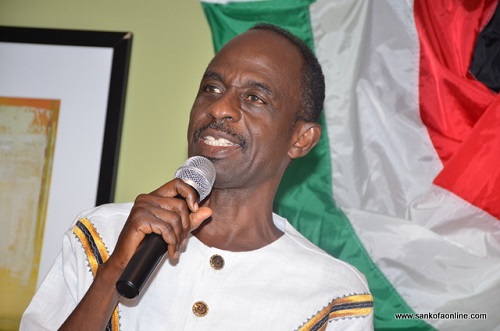 The NDC has chickened out of the 8-month dialogue between the two main political parties and relevant stakeholders on political vigilantism which was being moderated by the National Peace Council (NPC), and has accordingly refused to sign the final Code of Conduct and Roadmap to the Eradication of Political Vigilantism in Ghana. The political parties comprising NPP and NDC as well as stakeholders, had, since April 2019, been engaged in a dialogue on the menace of political vigilantism with the view to exploring ways of completely eradicating this national malaise.

In the course of the dialogue, the leadership of both parties, after exhaustive deliberations, signed two communiqués which were issued by the National Peace Council on April 9, 2019 and April 29, 2019, affirming their unconditional commitment to non-violence in political activities and in particular their commitment to prohibiting the ownership, hiring, and utilization of vigilante groups operating for political purposes.

Consequently, both parties agreed on a Draft Roadmap and Code of Conduct designed by a Technical Committee set up by the NPC with copious inputs from the political parties whereupon at the last dialogue held on November 21, 2019, the two parties unanimously agreed, as part of the roadmap to sign the final document on the Political Parties Code of Conduct as well as the Roadmap to Eradicating Political Vigilantism, at a public forum organized by the NPC with the media in attendance.

However, the NDC, having initially agreed to sign the two documents at this all-important public forum which was called on Tuesday, January 4, 2019, REFUSED to sign the documents claiming to have issues with the contents. The NDC’s u-turn came as a surprise to everybody particularly the stakeholders including the National Peace Council itself, the NCCE, CHRAJ, the Office of the IGP, the Ghana Catholic Bishops Conference, the Christian Council of Ghana, GJA, CDD, IDEG, WANEP-Ghana, the Office of the National Chief Imam, among others who had devoted precious time and energy in the past 8 month to this process.

Taking their turn at the forum, these stakeholders did not mince words in expressing their disappointments at the NDC’s conduct and apparent breach of faith. Indeed, the Secretary-General of the Ghana Catholic Bishops Conference, Father Lazurus Anondee disclosed that the church would not hesitate to use the pulpit to campaign against any political party that fails to demonstrate a solid commitment to curbing the menace of political vigilantism and for that matter eradicating political violence in Ghana.

Meanwhile, the governing NPP, through its General Secretary, John Boadu, signed the documents without any hesitation. In doing so, he expressed the commitment of his party to abiding strictly by both the letter and spirit of the Code of Conduct and the Roadmap. The NPP chief scribe also charged all stakeholders to do what is required of them in order to bring lasting solution to the menace of political vigilantism for the love of God and country.