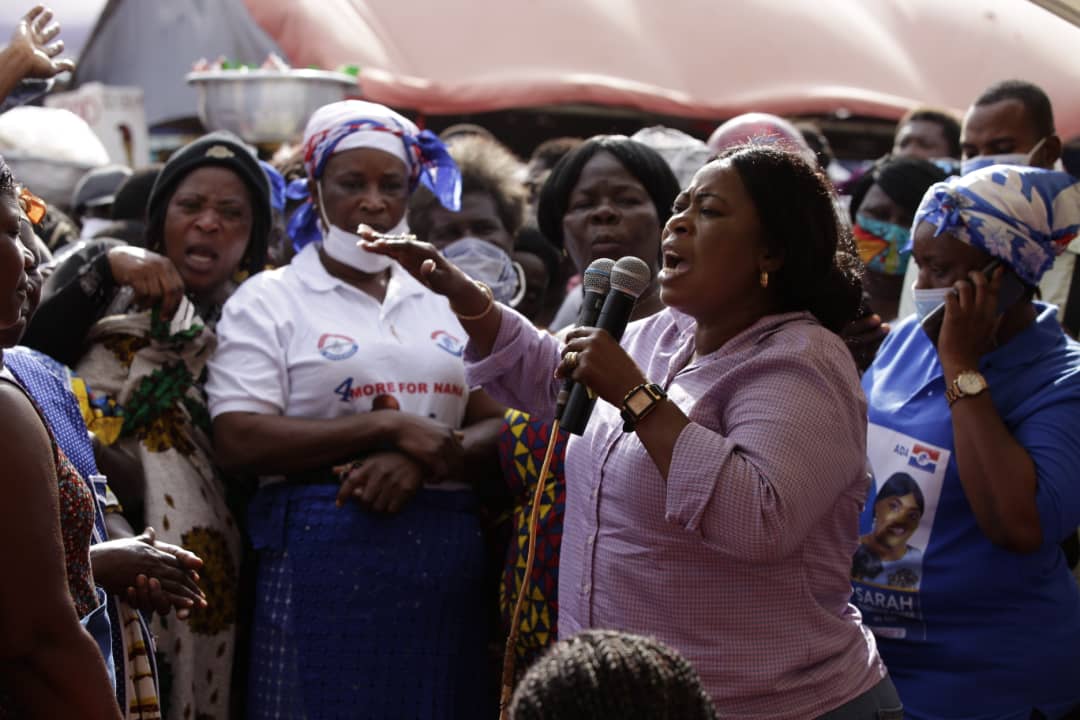 Her first point of call was meeting all Npp women within Big Ada Constituency.
Madam Kate Gyamfua in her keynote address to the constituents touted the NPP government as the people’s government because the NPP initiated and implemented various social intervention programs such as the Free SHS, School Feeding, student loans for tertiary students among others.
She continued that, if for nothing at all, for the sake of their children’s education and future, they should vote for the NPP.

Furthermore, she outdoored the Parliamentary Candidate Hon. Sarah Pobee who doubles as the DCE to the constituents and pleaded for massive support for her in the upcoming elections.

The afternoon session moved the team to the coastal areas of Ada, In a suburb called Ada- foah where most of the Fisher folks were already gathered,
Mama Kate again charged the constituents to vote for the NPP in order to ensure the continuity of Free SHS and all the other government policies Ghanaians enjoy today.

Afterwards the entourage drove through the principal streets of the constituency and finally moved to the popular big Ada market of which happened to be a market day. The crowd gathered was overwhelming and the market women response and reaction gave an assurance of hope for NPP for the first time in Ada constituency.