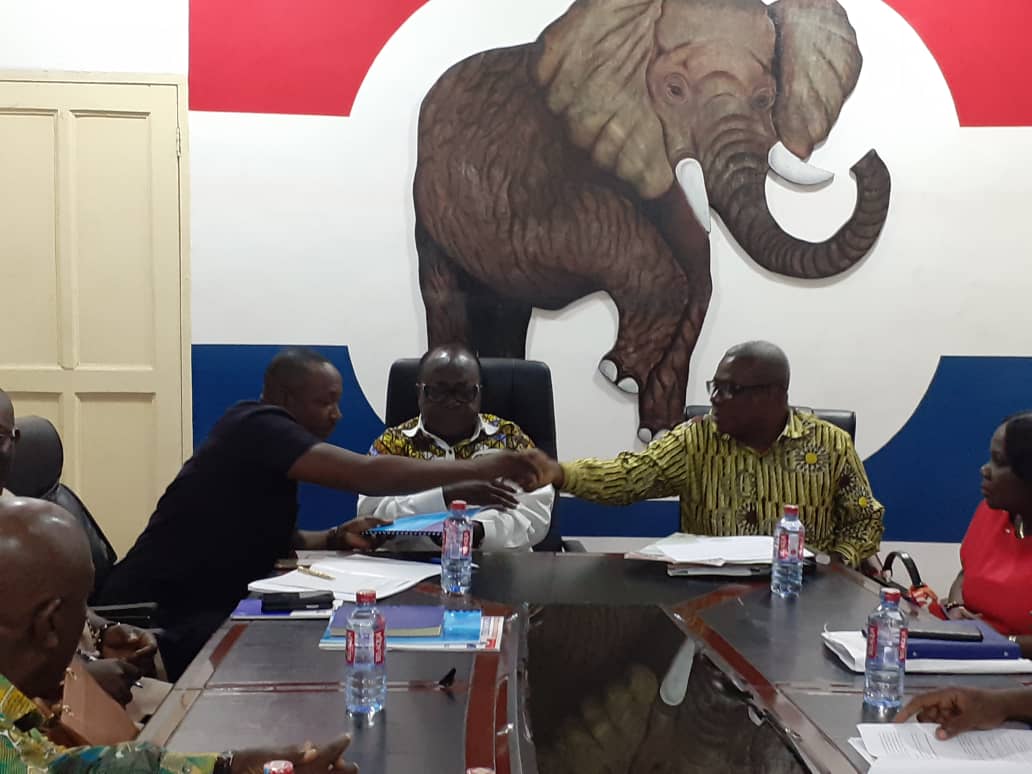 The National Parliamentary Appeals Committee of the NPP, on Wednesday, September 11, 2019, presented its report to the NPP’s General Secretary, Mr. John Boadu, for onward submission to the National Executive Committee (NEC) of the party for ratification. This is in line with the NPP’s guidelines and modalities for the conduct of the party’s parliamentary primaries for “orphan constituencies”, scheduled for September 28.

The submission of the report of the Appeals Committee paves way for the party to hold a National Executive Committee (NEC) meeting, tomorrow, September 12, 2019, to ratify the report subject to necessary modifications. NEC, will also set the date and approve the guidelines and modalities for the conduct of the party’s primaries in constituencies where the party has sitting MPs.