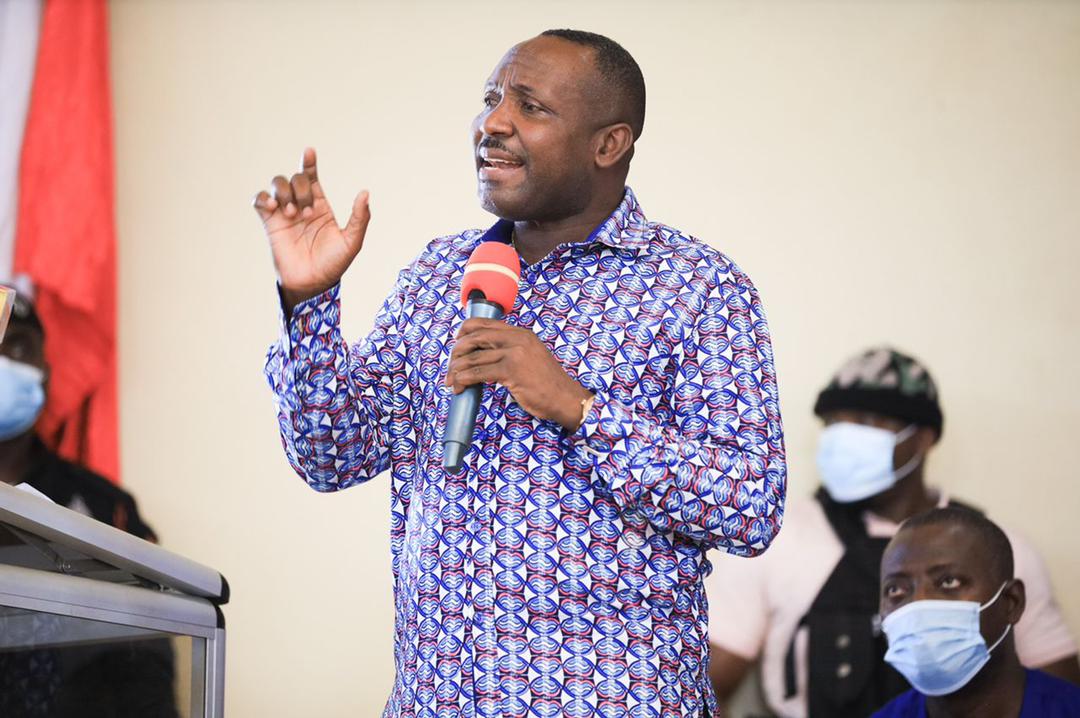 The General Secretary of the governing NPP, John Boadu, has reminded members of the Party that his Office is still open to receive various proposals or motions for amendments to the NPP Constitution ahead of the Party’s 2021 National Annual Delegates Conference, until the 19th of October, 2021.

The 2021 National Annual Delegates Conference of the Party is scheduled to take place from August 18 to August 20, 2021, in the Ashanti regional capital, Kumasi.

Mr. John Boadu made these remarks when he was delivering the keynote address at the Western North Regional Annual Delegates Conference of the Party, on Monday, October 11, 2021, at Sefwi Wiawso, the Western North regional capital.

The Western North delegates conference was attended by party executives from all the 9 constituencies in the region as well as Ministers, MMDCEs and CEOs from the region. Equally in attendance was a Representative from the Office of Vice President Dr. Bawumia, Mr. Fred Oware.

It was held on the theme: “Consolidating the gains of 2020 elections – the role of stakeholders”. The Western North Regional Chairman, William Benjamin Assuah, also led conference to consider and approve the statement of accounts as well as a statement on the state of the party presented by the Regional Treasurer, Mrs Gifty Adu Ankamah and Regional Secretary, Samuel Kofi Abiaw respectively.