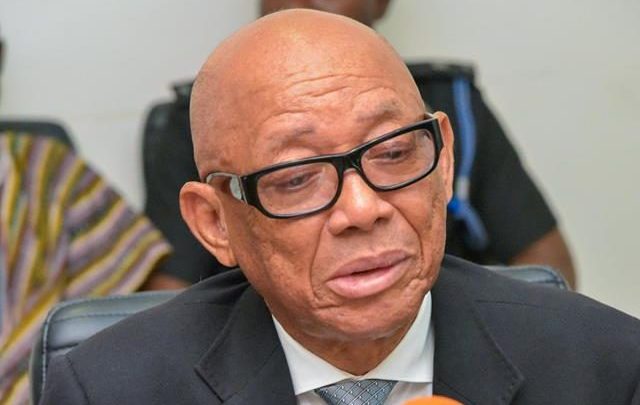 The announcement was contained in a release following its engagement with members of IPAC on Thursday.

The engagement was held at the behest of the eminent persons following the opposition by the National Democratic Congress (NDC) to the compilation of a new voters’ register which the EC and most Ghanaians think is necessary because of several factors, including the lack of credibility for the current system.

The meeting formed part of ongoing discussions on the justification for the EC to acquire a New Voter Management System to compile a new voters’ register for the 2020 general election.

Some IPAC members, the release pointed out, wanted the EC “to put in place adequate safeguard measures to ensure data security and integrity.”

IPAC members, it turned out, made critical inputs and comments towards the improvement of the process demanding, especially that “EC clarify certain technical and administrative issues related to the process.”

The foregone is in sharp contrast to the impression created by the NDC National Chairman Samuel Ofosu-Ampofo when he spoke to the media after the meeting that “no consensus was reached.”

After the meeting, the EAC observed that an opportunity had been created for further dialogue among the membership of the IPAC.

The eminent persons promised to take on board the inputs of the political parties when they are advising the EC on the subject under review.

They charged stakeholders “to put Ghana first in all they do and continue to support the EC with suggestions and recommendations aimed at improving our electoral process.”

Apart from the political parties, in attendance at the crucial meeting were representatives of civil society organisations (CSOs), former independent presidential candidates and representatives of development partners such as the European Union, Canada, Denmark, Norway, the British High Commission and the United Nations Development Programme (UNDP).

At the engagement, each member of IPAC presented its inputs to the dialogue on the heels of the EC presentation on the justification for a new register.
The inputs culminated in the presentation of a communiqué.

The eminent persons expressed gratitude to the IPAC, the CSOs, former independent presidential candidates and the development partners for honouring the invitation to grace the meeting.

It is baffling that what turned out to be a worthwhile engagement with majority of participants supporting the position of the EC, the NDC seeks to paint a different picture of what transpired.

In their report about the meeting, the CSOs under the name ‘CSOs for Good Governance’ comprising 26 players observed that they were not given a slot during the deliberations.

The refusal by the eminent persons, they noted, was because as the former said they did not have uniformed positions.

They, however, noted that all parties who had issues with the EC project were given the opportunity to present their cases.

They insisted, however, that the eminent persons could not advise the EC on such a controversial subject.

They demanded that the eminent persons engage with them and listen to their arguments too.

They claim that the impression that majority of parties support the new voters’ register is false, adding that this is driven by the NPP and the EC.

They welcomed the decision by the EAC to engage the technical IT teams of the political parties on the subject.

The concerns of the CSOs as contained in a statement signed by Mensah Thompson on behalf of the coalition also asked the EAC to pay critical attention to the issues raised by civil society actors.

Some observers have said that the CSOs themselves have never presented a united front since the issue of a new register was put on the table by the EC and those opposed to the project have already made up their minds and not ready to countenance opposing views.

It would be recalled in an earlier engagement with the EC that CSOs turned up at an Alisa Hotel meeting with an already prepared statement opposing the new register when the commission had not even explained issues to them.

Even before the end of the meeting, they had organized a press conference to present their entrenched position.

Observers of the development wondered whether there can be any meaningful outcome with a coalition which prefers acting ‘ungentlemanly’; the Alisa Hotel occurrence being a case in point.