“MAHAMA’S RECORD BANKRUPT, HAS NO POLICIES FOR THE FUTURE” – PRESIDENT AKUFO-ADDO 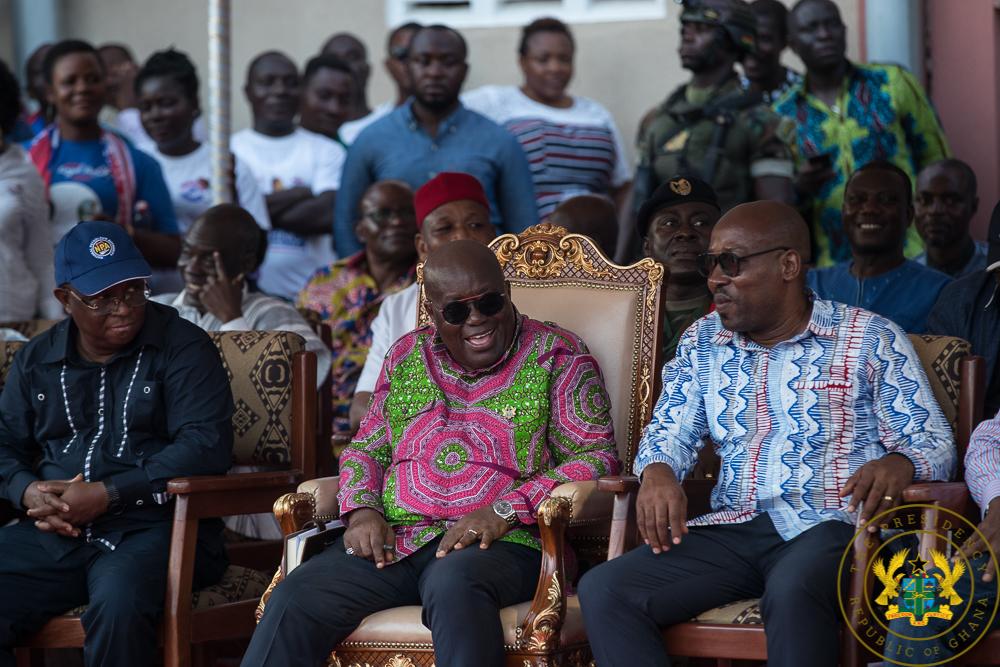 The President of the Republic, Nana Addo Dankwa Akufo-Addo, has described the presidential candidate of the National Democratic Congress, John Dramani Mahama, as one with no record to defend, and one who has no prescriptions for the future.

Speaking at a durbar of Chiefs and people of Aflao held in his honor on Monday, 4th September 2019, the President stated that “Ghanaians have moved on. God is not so wicked as to punish Ghanaians again with the rule of John Mahama and the National Democratic Congress, that’s not what God is going to do. Ghana has moved on, and we are now in an era of hope, in an era of progress, and we are going to march on.”

As per the logic of John Mahama, President Akufo-Addo wondered if “Ghanaians want stagnation, not progress? They want high inflation, not low inflation? Ghanaians want the unemployed graduates association, they don’t want NaBCo? They want poor agriculture, not Planning for Food Jobs? No new industries, rather than ‘One-District-One-Factory’?”

The President wondered further if Ghanaians preferred the situation that prevailed under Mahama where, on average, one hundred thousand Junior High School graduates could not find a place in secondary school and had to go home because their parents could not afford it, to Free SHS.

“The people who were asleep when they were in a comfortable lead, only to wake up to find that the country had rejected them, they are still asleep. They will not wake up and see that Ghana has moved on,” he said.

Ghana, under his leadership, President Akufo-Addo added, is moving on to a new era of hope and progress.

“We had a leader who has no record he can defend, who has no prescriptions for the future, no policies for the future. We have never had any policies coming from this leader about what is going to happen in the future under him. Next year, the people who are still asleep are going to get another big jolt with an impending victory of the NPP government,” he said.