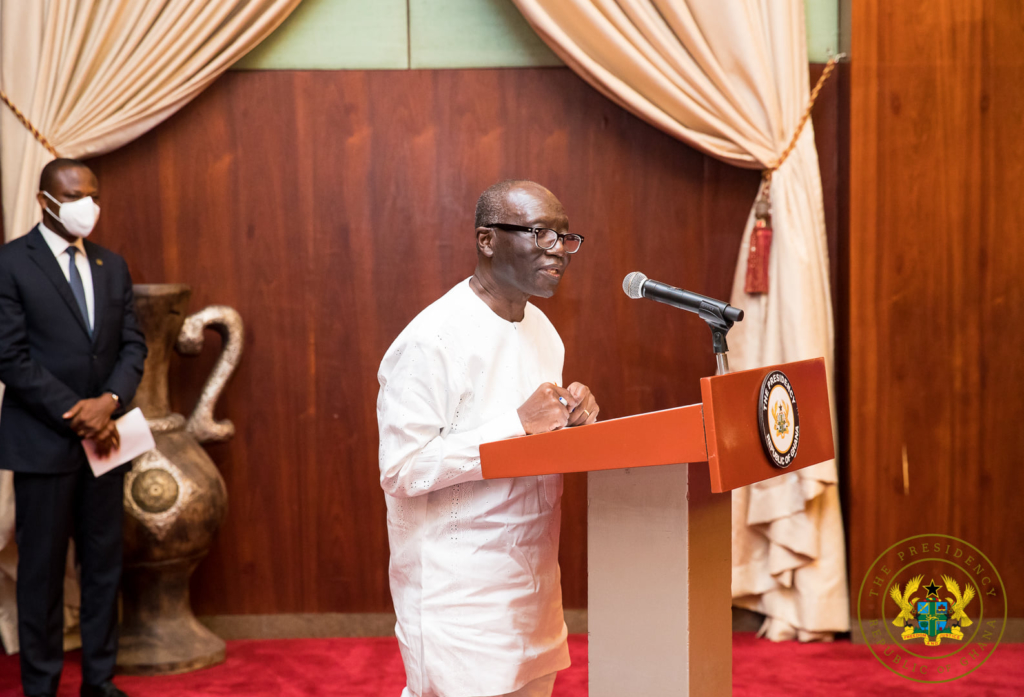 It now feels like decades ago when the National Democratic Congress’ caucus in Parliament pulled what has been described as a groundbreaking moment in the history of Ghana’s politics.

With one man less than their New Patriotic Party counterparts who had the independent Fomena MP on their side, the NDC managed to have Alban Bagbin elected as Speaker of Parliament, much to the chagrin of the NPP and its supporters.

It was expected that the make-up of the eighth parliament was going to change the status quo and Parliament was for the first time going to effectively perform its watchdog responsibilities.

The NDC, despite being declared losers of the 2020 election had never been more united up until that point with a victory party and a thanksgiving service held to mark the ascension of Bagbin onto the throne.

Barely three months from that record-breaking night, and the NDC appears to be in tatters with party elements clashing heads.

The first cause of the division was the approval of some ministerial nominees by the Parliament.

The 13 members of the Minority on the Appointments Committee had to some extent done their job that recommended the rejection of Oppong Nkrumah, Hawa Koomson and Dr Akoto Afriyie as nominees for Information, Fisheries and Aquaculture, and Food and Agric respectively.

But when it got to the plenary and voting was done, some members on the minority side voted to approve the nominees.

Sammy Gyamfi, the National Communications Officer of the party lost his cool over this and descended heavily on the leadership of the minority and Speaker Alban Bagbin.

“Some have sold their conscience but ours is intact. And we can work together to rebuild the party from the ashes of 3 March 2021, which I call ‘Black Wednesday’ – our day of self-inflicted shame,” he said on his Facebook account.

“This is the time for us to insist on the right changes in the leadership of the NDC group in Parliament or forget about them completely. The current leadership have lost their moral authority to lead and are not fit to sit on the front bench of the NDC side of the House.

“More importantly, it’s about time we understood that we don’t have any NDC Speaker of Parliament. No, we don’t! We have a Speaker who rode on the back of the NDC into office to pursue his own parochial agenda and nothing more. You trust them at your own peril,” Gyamfi rallied the NDC supporters.

Sammy Gyamfi’s comments did not go unnoticed as there were reactions from Muntaka Mohammed and Alban Bagbin.

Bagbin said, “Recently in the media, on social media, in particular, you have heard the blistering attack on me when I did not play any role apart from presiding [over the business of the House].

“Because I say I belong or came from a party, does he [Sammy Gyamfi] think I’m at the beck and call of the party?”

Muntaka, on the other hand, reminded Sammy Gyamfi that he is in parliament to represent the interest of his constituency and not the NDC.

Outside the precinct of Parliament, things have not gone favourably for the party. John Mahama’s poor performance in the 2020 election petition has led to calls by some members to have him make way for a new face as the party’s flagbearer for the 2024 elections.

Last week, a group calling itself Cadres for Accountable Leadership issued an ultimatum to the leadership of NDC to produce collated figures or pink sheets of the 2020 elections.

“I have worked for this party [NDC] tirelessly likewise my colleagues. People have died during elections to sacrifice for this party, we are a group advocating for a course of accountability.

“Anytime you are put in a leadership position there is a responsibility for you to discharge. So I cannot sit here and speak for the leadership of the NDC, we have dispatched a letter to them, asking them to produce the pink sheets or the collated results within 14-days. Our comrades ought to know the truth.”

The party has also had to deal with some disgruntled members who have been throwing tirades at the party and its executives.

The party had to sack and suspend Allotey Jacobs and Koku Anyidoho and Stephen Atubiga in a bid to bring sanity to the party.

Back in Parliament, the party’s members of Parliament has irked some faithful with their overwhelming endorsement of Ken Ofori-Atta as Finance Minister.

The party’s reason for endorsing Ofori-Atta is that “he (Ofori-Atta) has messed up so badly that it will inure to the benefit of the NPP if they had a new face but once they have chosen to maintain him, he should be there, continue the mess, which will then pave the way for the NDC to come to power”.

This argument has been described as untenable by Ras Mubarak, the former MP for Kumbungu, Isaac Adongo, the MP for Bolgatanga Central and pro-NDC think tank Alliance for Social Equity and Public Accountability (ASEPA).

Ken Thompson, the Executive Director of ASEPA said, “We just learnt that [Ken Ofori-Atta] has been approved especially when a number of issues raised against him featured in the committee; the responses he gave were totally dissatisfactory.

“To think that he can give shallow and unsatisfactory answers to the questions and still get away with it is extremely troubling and disappointing to the electorate and the citizens especially to those who have had any hope in the idea of the power of Parliament and the potential it brings to our democracy and that they could serve as proper checks and balance mechanisms to the Executive,” Thompson submitted.

“I think people are gradually losing hope in it. It was extremely shocking to learn during the nominee’s vetting that the nominee had usurped the powers of the President and unilaterally appointed a Managing Director to the Trade Fair management,” he stressed.

Isaac Adongo noted that “If there’s anybody who will put his life on the line to get Ken Ofori-Atta not to be the Finance Minister you can wake me up at any day. But it’s a collective decision, I disagree with the decision but I respect the view of the majority.”

Ras Mubarak said that “the argument that the Finance Minister messed the economy so should be approved to face it is so flawed. Would the Minority Leader hand over his car to a driver who out of sheer incompetence or negligence crashed his car?”

While the party is still nursing the injuries of the 2020 defeat, some names have come up as persons likely to wrestle power from John Mahama in the 2024 elections.

Renowned pollster, Ben Ephson has warned that the divisions could be more if the party decides to go for a candidate other than John Dramani Mahama.