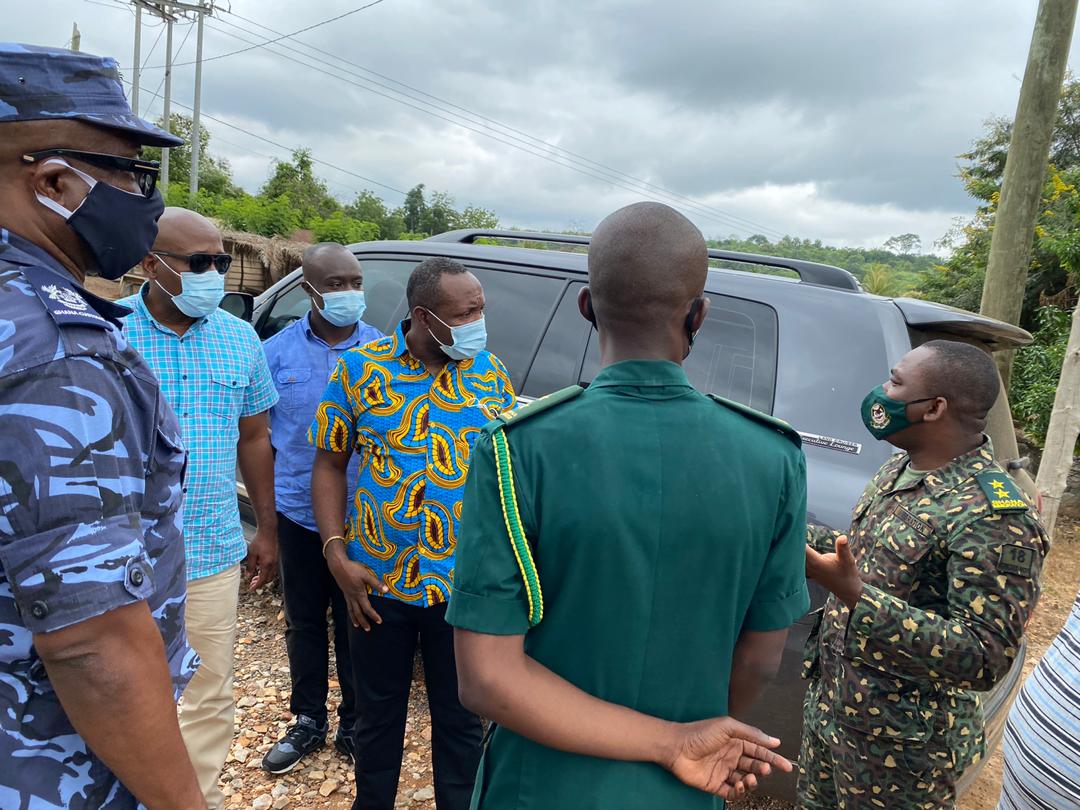 The Director of Operations for the 2020 campaign of the NPP, Mr. John Boadu, on Monday, July 20, 2020 took his nationwide tour of registration centres to the Volta Region to monitor the ongoing voter registration exercise in the region.

Just as he did in the other regions, John Boadu donated personal protective equipment including face masks and hand sanitizers to the EC registration officials and registrants to help achieve compliance with Covid-19 health protocols.

The NPP General Secretary used the opportunity to visit some of the approved and unapproved routes bordering the country and Togo in the wake of allegations of importation of non-Ghanaians by the NDC to participate in the voter registration exercise. Indeed, this allegation has, time without number, been confirmed following the consistent busting of some foreigners particularly Togolese who were being imported by persons linked to the NDC in the past weeks.

John Boadu interacted with the men and women manning these borders and encouraged them to maintain vigilance and remain resolute in their commitment to the national cause by enforcing the border closure protocols. He also implored them to ensure that non-Ghanaians do not cross the borders to enter the country at the behest of some political parties with the view to assisting them to register as voters.

In his interaction with the media on his observation, Mr John Boadu, while expressing general satisfaction about the conduct of the exercise, observed the worrying phenomenon of attacks and intimidation of NPP agents by NDC hoodlums for daring to challenge any foreigner they [the NDC] have brought in from registering.

According to him, even in the rare cases where the NPP agents successfully filled the voter challenge form, these NDC thugs still found a way of forcing the EC officials to give out the ID cards to the very registrants whose eligibility they have challenged in fragrant disregard of the rules of engagements. To this end, he identified with the calls being made by some independent observers as well as his party agents for security to be intensified at the various registration centres in region.

The NPP chief scribe was accompanied by officials of the NPP directorate of communications and Volta regional executives of the party led by the regional chairman, Mr. Makafui Woanya and the regional secretary, Mr Joseph Homenya. They were received in each constituency by the respective constituency executives and the party’s parliamentary candidates.