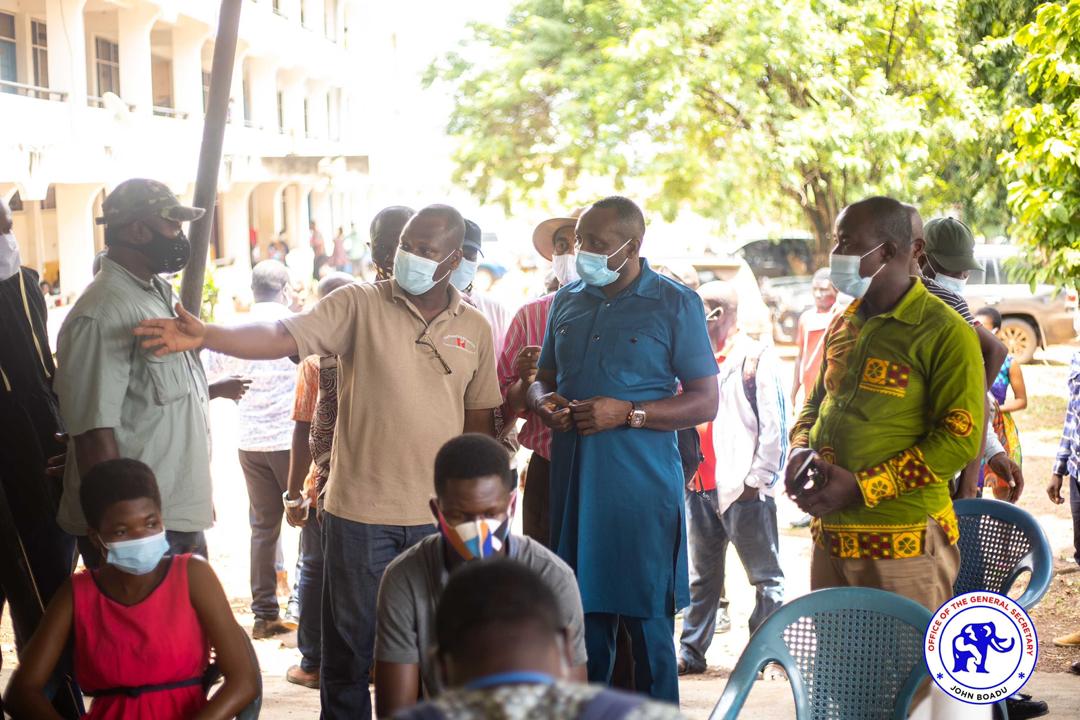 The General Secretary of the NPP, John Boadu, on Thursday, October 1, 2020, toured the various district offices of the electoral commission in the Volta Region to monitor the one-day special mop up voter registration exercise undertaken by the commission ahead of the 2020 general elections.

He began with a visit to the Volta Regional Headquaters of the EC where he interacted with the Regional Director of the Commission and other officers to have a general overview of preparations made toward the conduct of the exercise before proceeding to tour the various registration centres.

The tour took him to registration centres in Ho West, Afadzato South, Ho Central, Kpando, Hohoe, North Dayi and South Dayi districts. He interacted with EC officials in these centres as well as prospective registrants who expressed excitement at the opportunity to get their names on the electoral roll.

Speaking to the media after his tour, the NPP Chief Scribe expressed satisfaction at the conduct of the exercise in the region. He said, he observed long queues in some of the centres, an indication that there are indeed some eligible Ghanaians who, for one reason or another, were yet to register.

This, according to him, vindicates the decision of the EC to reopen the voter registration window to allow those who have not been able to register to do so. He took a swipe at the NDC for kicking against the EC’s decision and seeking, through a law suit, to prevent the commission from undertaking this exercise, when in fact and indeed, long queues are being recorded across the country including the NDC’s so called ‘political world bank’.

John Boadu also used the opportunity to reiterate the NPP’s outright condemnation of the activities of the Western Togoland Secessionist group. He described them as a bunch of criminals and invited the security agencies to deal ruthlessly with them in accordance with the laws of the Republic. John Boadu was accompanied by some of the Volta regional executives of the party, led by the regional secretary, Joseph Homenya.