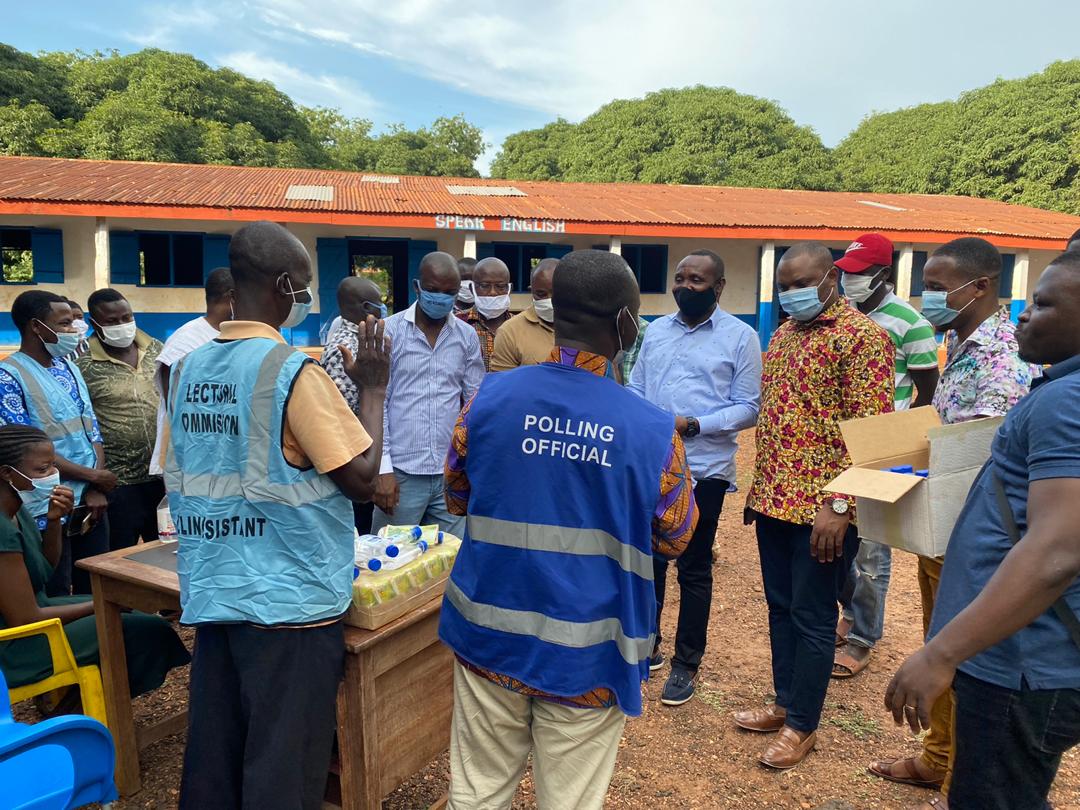 The NPP General Secretary, John Boadu, has taken his nationwide tour of registration centres to the Bono and Ahafo regions of the country to monitor the ongoing EC voter registration exercise. He bagan the tour in the Bono Region, on Thursday, July 23, where, accompanied by some of the regional executives of the party, led by the Bono regional chairman, Kwame Baffoe Abronye, he toured registration centres in the Banda and Jaman North Constituency.

He spent much time at the Banda Constituency which had been in the news for not good reasons following the killing of a young man in what has been described as registration related disturbances. John Boadu met all the stakeholders in the constituency and also toured all the centres said to be flashpoint including Nipa ne krom, D/A primary school, Banda Ahenkro New Apostolic Church, Sabiye Health Centre and Kanka Central Mosque registration centre. In Jaman North, he visited Kokoa and toured the D/A JHS, Presby Nursery, Nana Kokoa, and RC Church registration centres.

On the following (i.e Friday, 24th July) John Boadu, who is also the party’s director of campaign operations and logistics, proceeded to the Ahafo region where he toured the Asunafo South, Asutifi South and Tano South Constituency, all of which are volatile constituencies and have recorded some ugly occurrences during this registration exercise.

He ended his tour of the Ahafo region at Tachimanta in the Tano South Constituency where he visited the CMB Shed 1, CMB Shed 2 as well as the Pentecost Church registration centres. He distributed PPE to each of the registration centres he visited, and spoke to the media after his rounds where he expressed satisfaction at the conduct of the exercise, both in terms of compliance to Covid-19 health protocols and the security arrangements. He was accompanied by some of the Ahafo regional executives led by the regional chairman, Mr. Owusu Sekyere and officials of the NPP Directorate of Communications.