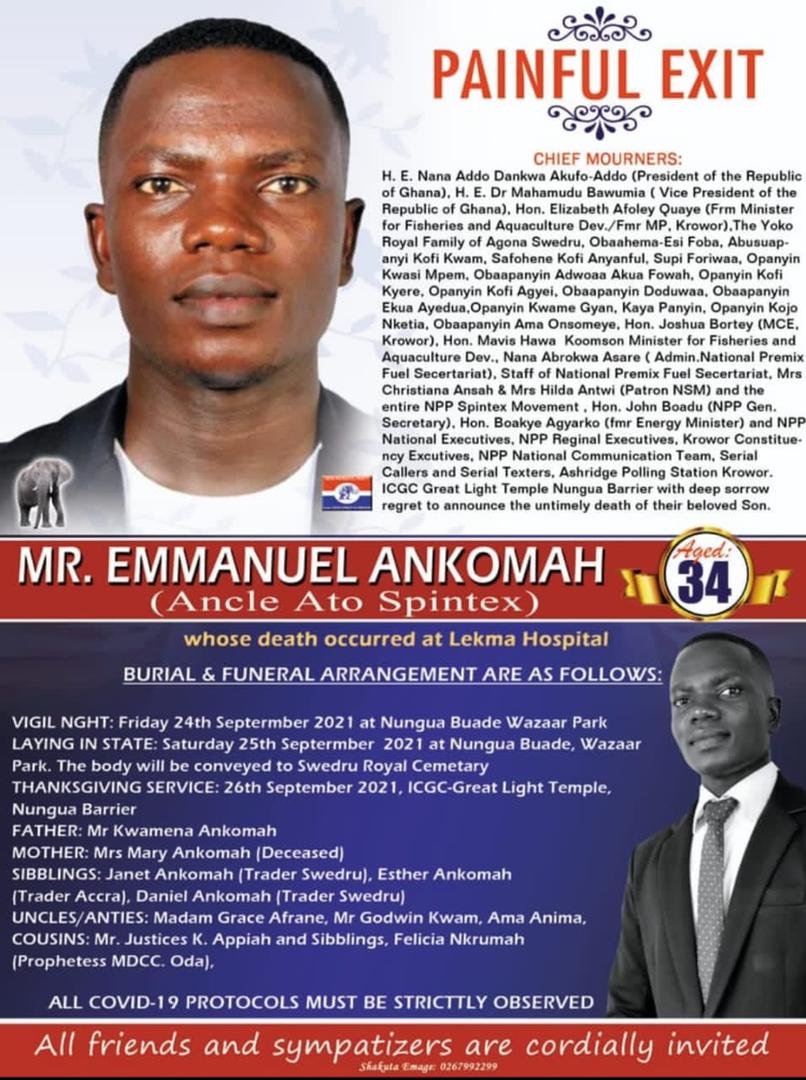 The General Secretary of the governing NPP, Mr. John Boadu, this morning, (Saturday, 25th September) attended the memorial and burial rites of the late Ancle Ato Spintex, at Nungua, to mourn with the family and other sympathizers.

Ancle Ato (whose real name is Emmanuel Ankomah) was one of the finest social media activists of the party, who had dedicated with adult life to the service of the NPP, particularly at the Krowor Constituency, where he also served as a polling station executive until his death.

Ancle Ato Spintex was indeed a true and loyal patriot. His death was thus a great loss to the Party, particularly to John Boadu on personal levels due to his close association with Ancle Ato, whom the General Secretary took like his son, and supported him in diverse ways even during his last days on earth.