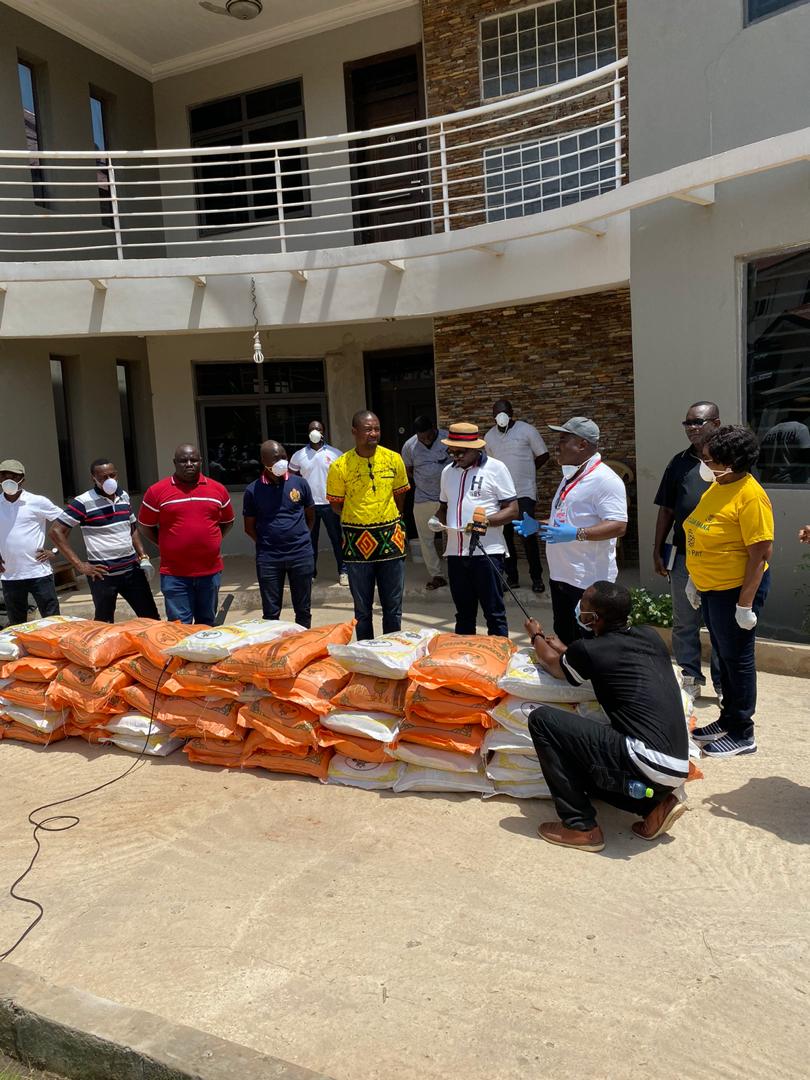 The General Secretary of the NPP, John Boadu, on Sunday, April 5, 2020, donated some relief items including several bags of rice and undisclosed amount of money to the various Metropolitan, Municipal and District Assemblies in the Greater Accra Region.

The items, according to him, were meant for distribution to the underprivileged in the region regardless of their political affiliations to support them cope with the difficulties and hardships occasioned by the partial lockdown of the capital city in order to arrest the spread of the deadly coronavirus.

The items were received on behalf of each MMDA by the respective MMDCEs and in some cases, by Members of Parliament and some constituency executives of the party, who, thereupon, thanked the NPP chief scribe for his generosity and promised to use the items for the intended purpose.

In his interaction with the people, the NPP General Secretary reiterated the commitment of the NPP and the government of President Akufo-Addo to providing the needed relief to Ghanaians particularly the underprivileged at all times and more so, during this period of lockdown.

To this end, he said, the party would continue to distribute various relief items to ameliorate the people’s suffering in these trying times. He also mentioned that the party will, within the week, replicate this gesture in the Greater Kumasi Metropolitan Area and its contiguous districts which are also experiencing a partial lockdown.

John Boadu also used the occasion to educate the good people of the region on some safety tips in the order to avoid contracting the deadly COVID-19, which disease has, thus far, been declared as the World’s greatest threat to the human race, he noted.

Consistent with the campaign against the disease, John Boadu admonished the people to regularly wash their hands with soap under running water; use alcohol-based sanitizers to rub their hands; live a healthy lifestyle and also observe the social distancing protocols announced by President Akufo-Addo and health experts.

John Boadu was accompanied, on this tour, by some regional executives of the NPP in the Greater Accra Region led by the hardworking Regional Chairman, Divine Otoo Agorhom.