Gabby Asare Otchere-Darko: Ablakwa Must Learn That Leadership Is Not All About Prancing To The Favorite Tunes Of Your Followers 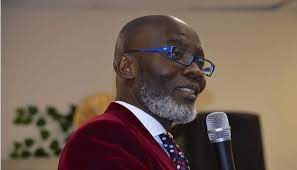 I chuckled a bit when I read Samuel Okudzeto Ablakwa’s letter today, announcing that he was resigning from Parliament’s Appointments Committee for reasons “both personal and on principle.” He is a younger man with potentially a big future ahead of him and I can only wish him well. But, for sustainability, he must measure his moves well.

His resignation comes at a time when some people within the rank and file of the National Democratic Congress are expressing anger against their MPs on the Appointments Committee and the Minority leadership for the approval of Ken Ofori-Atta as Finance Minister. It is as if they watched a different vetting to the rest of us.

When Mr. Ablakwa got his opportunity to ask Mr. Ofori-Atta questions, frankly, he blew it and cannot blame his colleagues for his own misfiring. He chose to use facts selectively and disingenuously with the apparent intension of hurting the nominee. However, the actual statistics could not help him beyond the momentary propaganda effect his set of facts had. That question from him epitomised how the NDC got it all wrong.

I really hope, against the impression out there, that the resignation of the MP for North Tongu from the Appointments Committee is not because Mr. Ofori-Atta’s nomination was approved by consensus.

Tough and sometimes rough questions were asked by the NDC over the two days. Good and sincere answers were also given. If in doubt, do a straw poll of ordinary Ghanaians around you and find out if up to 30% of the people will say Parliament erred in approving Ken Ofori-Atta.

Mr. Ablakwa, who is clearly ambitious and quite rightly so, must learn and learn quickly that leadership is not all about prancing the highest to the favourite tunes of your followers but sometimes it is more about you having the courage, wisdom and creativity to rewrite the song your followers like with a new chorus for them to sing.

Before the vetting, the exaggerated hype around the re-nominated Finance Minister was a tall list of alleged misdeeds. In the two days, no embarrassing or difficult question was spared and the nominee shied away from none that was asked. In the end, the average Ghanaian was not surprised that Ken went through.

In answering those like the MP, who may be labouring under a hopelessly weighty misconception that the Finance Minister should not have been approved, let me use Okudzeto Ablakwa himself to illustrate the point.

When he had his chance to ask questions, Mr. Ablakwa came out with what he thought was a killer question. Databank’s MFund grew from a value of GHS269 million in 2016 to GHS805 million in 2020. The MP for North Tongu highlighted this and stressed in his question to the Finance Minister-designate that this astronomical growth in the assets of MFund took place when the founder of Databank became Finance Minister from 2017 to 2020. The way he carefully phrased and delivered the question was deadly and it appeared to have badly exposed Mr. Ofori-Atta. But, did it?

The question was designed to buttress the wrong perception craftily pushed by the NDC over the years that Ken uses his ministerial position to promote the interest of his private business. Mr. Ablakwa’s question was tailored to show evidence why the retired investment banker’s ministerial nomination should not be approved.

But, Mr Ablakwa, whether he did it deliberately or out of limited knowledge of the contextual facts, got it fundamentally wrong. He goofed. It was as if he was fed the statistics and could not be bothered to cross-check their contextual veracity and simply expected Ken to fell on Ablakwa’s plastic sword. A similar story ran through the entire vetting.

These are the facts. When it comes to fixed income and money market funds in Ghana, the entire market experienced a 3,000% growth from 2012 to 2020, and now valued at GHS4 billion, with EDC Fixed Income Fund Unit Trust by far in the lead with GHS1.93 billion. And, over the period, Databank’s MFund has also grown very well but, at the same time, rather seen its market share dropping from 68% in 2012 to 21% in 2020. The fact that the MP for North Tongu chose to ignore this relevant fact does not mean it has disappeared or must be made to so do.

Indeed, Mr. Ablakwa should rather be the one defending the work of the Appointments Committee and telling his party members that the NDC MPs asked all the questions they could but the facts justified the nominee’s approval.

Sometimes, in trying to show that you are better than the rest you risk creating the unintended impression that the cardinal loyalty principal of being a team player, to you, can be sacrificed, for a self-serving end. That your individual image means more to you than the collective.

That said, the politics of principles is one that we must, ordinarily welcome. We must respect those who choose to resign as a matter of principle. But, that does not stop us from questioning the substance of that principle. Principles draw their oxygen from substance and not form.

The author, Gabby Asare Otchere-Darko is a member of the NPP and Senior Partner at Africa Legal Associates.
Source: MyJoyOnline