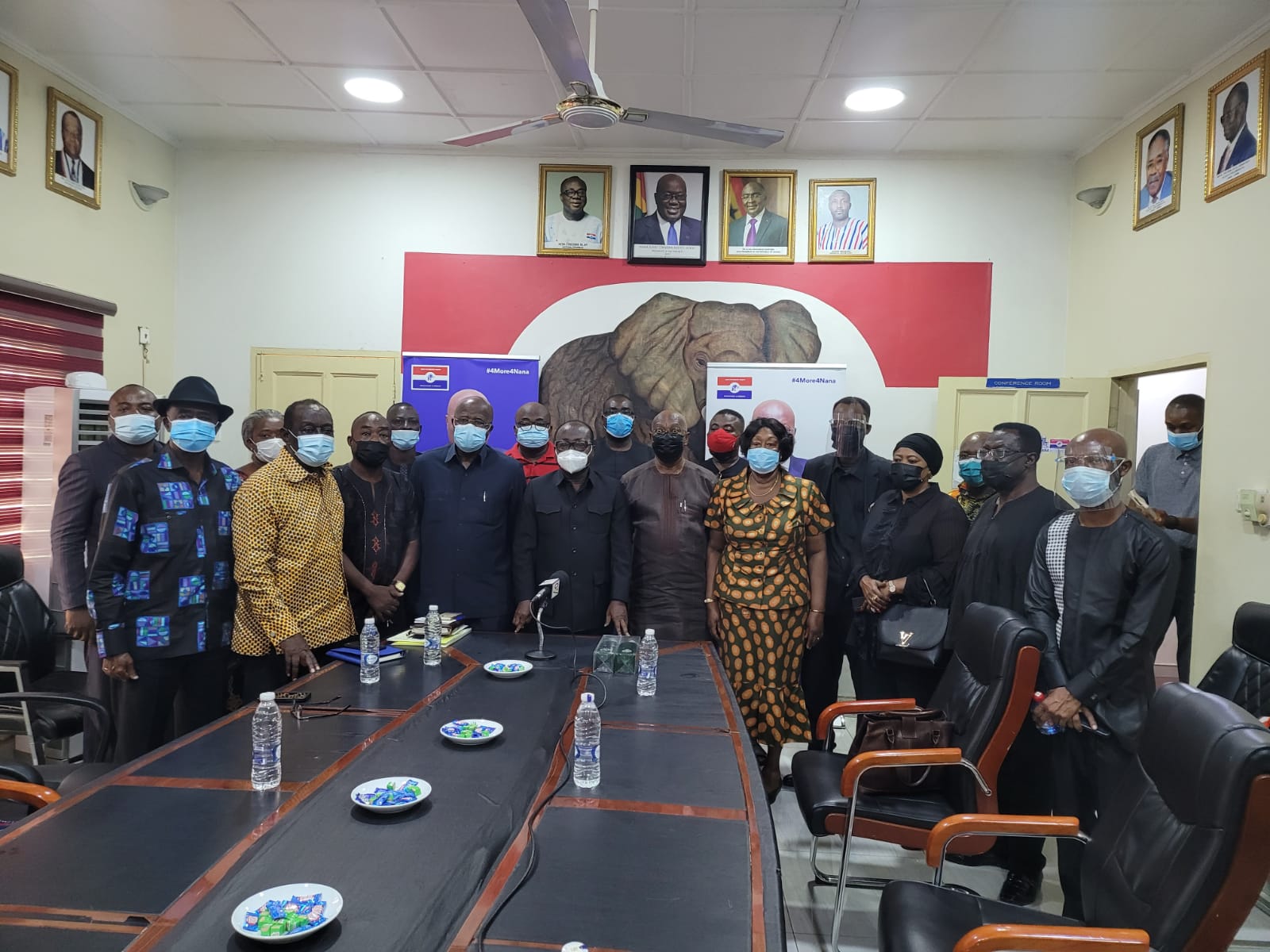 On Monday, January 25, 2021, the family of the Late Founding Member of the NPP, Dr. Amoako Tuffuor, paid a courtesy call on the NPP leadership at the NPP headquarters, to officially inform the party about the death of their beloved, which sad event occurred on Thursday, January 21, 2021.

The delegation was led by the Abusuapanin of the Asona clan, Kofi Opoku. Other members of the delegation were Rev. Nana Amoako Tuffuor, Kwame Tuffuor, Kofi Tuffuor, Amadu Kaleem and Dr. Musah Jabir.