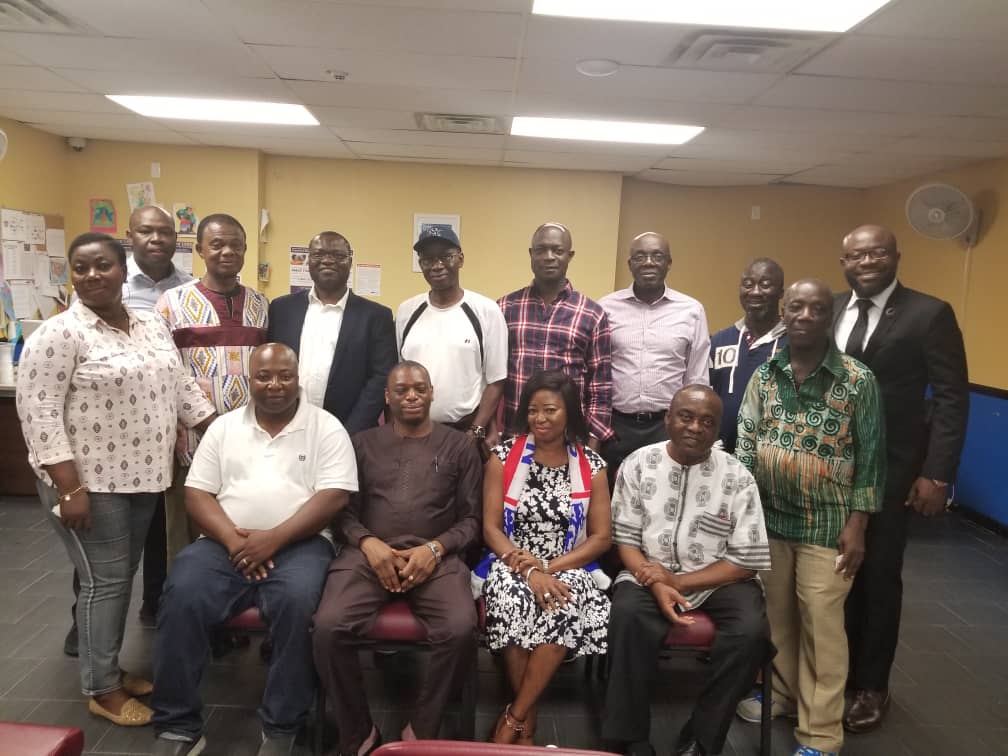 Dr Kingsley Nyarko, the Executive Secretary of the National Accreditation Board, on the evening of Friday, 20th September, 2019, after president Akufo-Addo’s insightful speech at the Princeton University in New Jersey, engaged the members of the New York Chapter of the NPP mainly on the achievement of the government, effectiveness of the President, his determination to fight corruption by allowing due process to be followed, firing those who do wrong, and emphasized on the President’s resolve to ensure quality and accessible education for all.

Dr Nyarko also showed appreciation to the New York and North America chapter in supporting the party and encouraged them to work even harder to ensure the party wins the next elections with a resounding victory.

He also said that the bane of the development of the country is the NDC, especially the poor leadership exhibited by John Mahama during his reign as the president of the country! Present at the meeting were both executives and some members of the chapter!