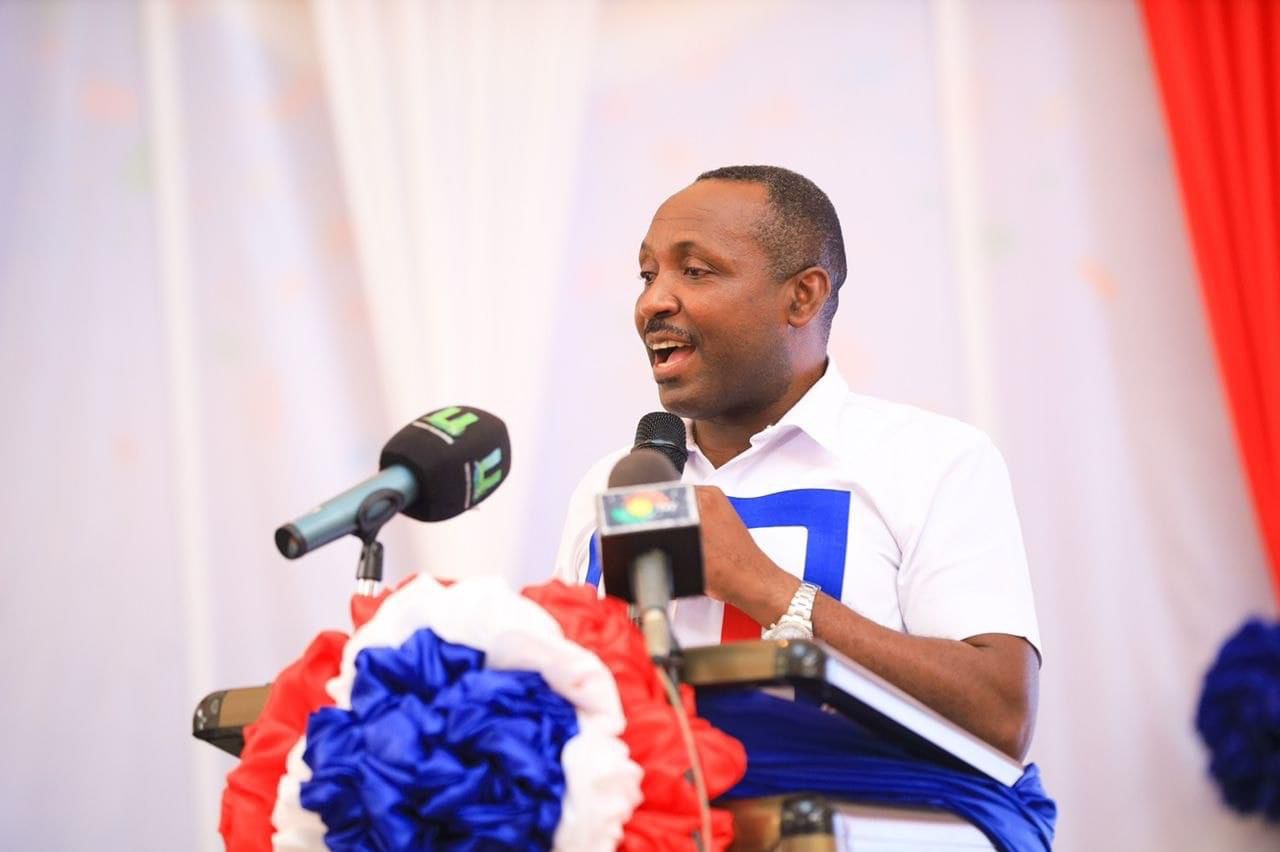 The New Patriotic Party (NPP) of Ghana, is, today, said to be, rightly so, the most organized political party, not only in the country but in the whole of West Africa. This enviable feat clinched by the Party is a culmination of the commitment and legendary sacrifices of some of the Party’s hardworking Executives such as its current General Secretary, John Boadu, who has spent his entire adult life working selflessly for the NPP.

To him, beside serving his God, the most important activity in life, is working for the NPP. He has been working for the NPP from its founding days (in and around 1992) till date. He has also said and maintained that he will attend to the call of his Maker while working for the Party. One again, to him, NPP comes first before everything. It is not surprising that, today, he is arguably the most experienced NPP executive, having occupied executive position in the Party at all levels.

He is also the longest serving officer of the NPP at the party headquarters. In fact, his NPP exploits date back to the days of the founding of the Party (i.e. before 1992), where as a young activist, he joined senior members of his political tradition including H.E John Kufour, Chairman Da Rocha, Nana Akufo-Addo in the famous Danquah-Busia Club. In effect, John Boadu has been serving the party for over 29 years, and with distinction. At no point, has he been accused of misconduct of any form.

In recognition of his vast political experience and organizational skills particularly in spearheading the affairs of the NPP, the man, described as the “adwenkese” of NPP and Ghana politics, John Boadu, was twice elected as the Vice Chairman of the Democratic Union of Africa (DUA), which is the African alliance of all right wing political parties as well as like-minded organizations and think tanks on the continent. He still occupies that enviable position.

John Boadu has also proven to be results-oriented. His track-record in managing the NPP shows that he is an election-winning machine regardless of the challenges he’s confronted with. It would, for instance, be recalled that, at the peak of the worst NPP’s crisis in the buildup to election 2016 when almost all hopes were lost, John Boadu, then as National Organizer, came to the rescue of the Party, when the Party gave him additional responsibilities as Director of Operations & Logistics and as Acting General Secretary.

He combined these three strategic positions, together with his excellent communications prowess, to, not only lead the NPP to win the 2016 elections, but to clinch an unprecedented victory by winning the Presidential polls with over one (1) million votes, for the first time in the Fourth Republic. Not only that, John Boadu also led the NPP to snatch as many as 55 Parliamentary Seats from the then governing NDC, which had every incumbency advantage.

It is however conceded that in the just ended 2020 elections, owing, inter alia, to the late timing of the party’s parliamentary primaries (occasioned by the Covid outbreak) and some seemingly ‘unpopular’ but necessary government’s interventions such as the banking sector reforms, handling of premix fuel issues and the galamsey fight, the NPP lost in almost every “coastal and galamsey constituency”.

This development had resulted in the party making a net loss of 32 parliamentary seats. That notwithstanding, the Party still maintained its resilience, winning the Presidential elections by over 500,000 votes, which feat, had never been experienced in the 4th Republic for a political party seeking re-election for a second term in office.

One of the foremost achievement of the NPP
General Secretary is his commitment to the construction of permanent constituency and regional party offices across the country. He also instituted, for the first time in the party’s history, the payment of monthly subventions to each of the 275 Constituencies and 16 regional party secretariats, as well as the payment of monthly allowance for every regional and constituency secretary in fulfillment of the relevant provisions in the NPP Constitution.

Having served the Party this well over the past 3 decades, many had thought John Boadu would take a break, and go for a deserving Ministerial position, in the minimum. But considering the fact that the NPP is seeking to win a third term bid, to break the 8 year governance cycle, then his organizational and election-winning experience as General Secretary will be most needed by the Party to lead this process. Even more instructive is the fact that the Party will have a new Flagbearer, in seeking to do what no Party in the Fourth Republic has been successful. (i.e. to break the 8).

As if that is not frightening enough, the NPP will, going into election 2024, also definitely have a new National Chairman; a new National Organizer; a new National Treasurer; a new New National Youth Organizer. If on top of that, the Party also wants to go with a new and relatively inexperienced General Secretary, then what signals will the Party be sending to the Ghanaian electorates? Who in the NPP will stand up to the Asiedu Nketiahs at IPAC meetings, where EXPERIENCE is the rule of the game?

Certainly, in seeking to break the 8, the NPP can afford to have a few Flagbearer, which is 100% assured. The Party can equally afford to have new National Executives, which is almost certain. But, the Party cannot, on top of this, afford to have a new inexperienced General Secretary, who is the fulcrum around whom the Party’s entire structure and organization will resolve. That will be suicidal. It is for this reason that John Boadu is UNABLE to take a break. To break the 8 therefore, the Party needs John Boadu more than he needs the Party. And this is basic political science that everybody can relate to.

Ordinarily, and based on the foregoing factual narrative, one is tempted to say that the Party should not even allow John Boadu to be contested. But, of course, the NPP, being a democratic Party, this won’t happen. Every position shall be open for contest including the General Secretary position; but, it is the responsibility of you and me, to appreciate that it would be impossible for our Party, the great NPP, to win the 2024 elections with completely new set of National Executives and a new Flagbearer.

Political experience is not sold and therefore cannot be bought at the market. It is worked for and earned. The interest of our Party must take precedence over and above our individual ambitions and egos. We are a Conservative Party by orientation. If it is not broken, we don’t fix it. That is the founding principle and philosophical underpinning of our political tradition as founded by the venerable JB Danquah; Prime Minister Busia and Chief Dombo.

Fellow members of the great elephant family, with all humility, I say that we owe it to our forebears and to our conscience to put our Party interest First. We should not gamble with the future of our Party. Let’s maintain the experienced hands. Let’s maintain the tried and tested. Let’s maintain “adwenkese” John Boadu, to enhance our Party’s chances of breaking the 8, to protect the gains of our government in delivering prosperity to our People. This cannot be said enough. Long live the NPP and my Ghana, our Motherland.