A Pillar of Support For Party Executives 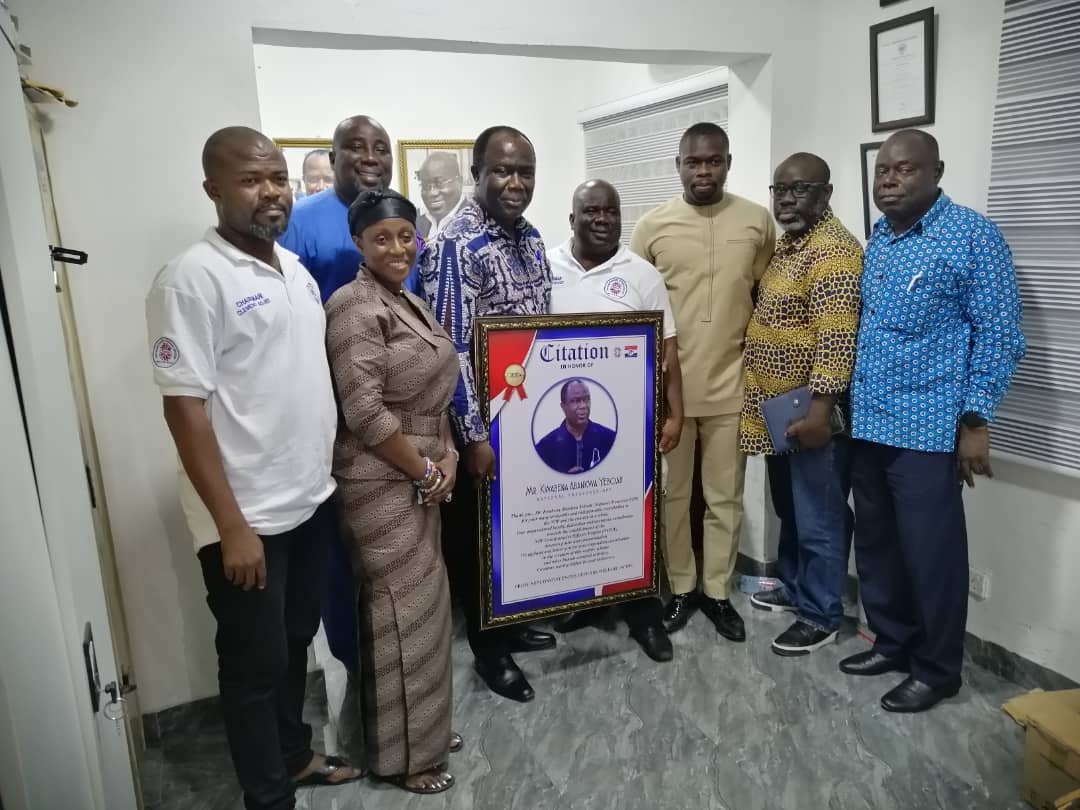 The leadership thanked him for his immense contributions towards the establishment of the welfare body and were grateful for his presence, together with the National Chairman, Hon. Freddie Blay and Sammy Awuku National Organiser ,during the inauguration at Koforidua.

The leadership promised him that, the ( NCOW) has come to stay and membership contributions will be put to good use for the betterment of all Constituency Officers of our great Party.

The National Treasurer, Mr Kwabena Abankwah-Yeboah thanked the executives of ( NCOW) for appreciating him. He commended them for the foresight and good heart in establishing such a welfare initiative and advised the leadership to be transparent in their service to entire Constituency Officers across board. He said that being the first executives of the first ever established welfare body for Constituency Officers of our great party, the most important thing to do now as leaders is to sacrifice and work hard not for their own benefit but for the survival of ( NCOW ) so that they will leave a lasting legacy as those Constituency Executives who helped in the establishment of the welfare system for the Constituency Officers of the Party. He reiterated his cardinal view that the constituencies, indeed the grassroots, remain the heartbeat of NPP and hence their welfare is of utmost importance to the leadership of the party in ensuring a strong, loyal and united base ever ready to advance the agenda of the party.

To his pleasant surprise, the leadership of the welfare body (NCOW) presented a citation to the National Treasurer, Mr. Kwabena Abankwah- Yeboah in recognition for his outstanding support and contribution towards the establishment of NCOW in particular and in general , his long-standing and undisputable commitment to enhancing the wellbeing of party executives at all levels and pursuing policies that offer opportunities fairly across board.