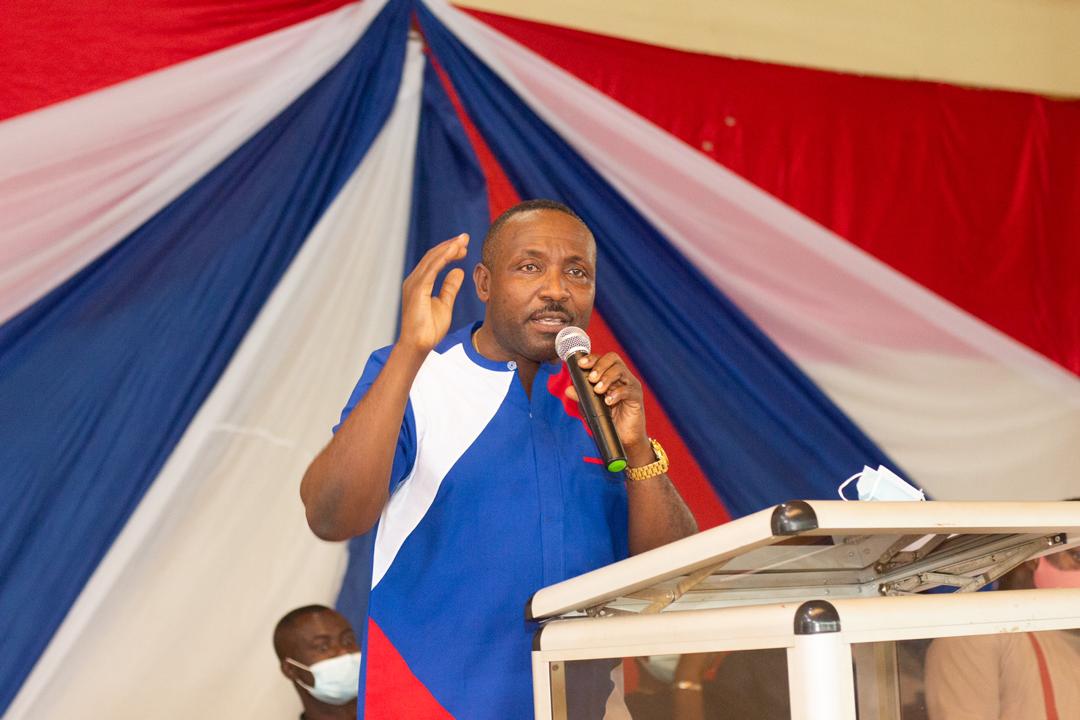 The General Secretary of the governing New Patriotic Party, Mr. John Boadu, has disclosed that, as many as 715 people have applied for appointment as MMDCEs in the various Metropolitan, Municipal, and District Assemblies in the 5 Regions of the North, comprising Upper East, Northern, Upper West, Savanna, and North East Regions.

He made this disclosure in an interaction with media personnel in Bolgatanga, on May 24, after touring these 5 regions on a working visit, which occasion, he used to monitor the ongoing vetting exercise for persons who have applied for appointment as MMDCEs, as part of the appointment process.

The General Secretary was concerned about the sheer number of party faithfuls who have applied to be considered as the President’s nominee for the position of MMDCEs across the country, particularly in the 5 Regions of the North, and the inevitable possibility that most of them will be disappointed at the end of the selection process. This is because, there are 55 positions for grabs, and so, only 55 persons will be appointed out of the 715, leaving as many as 660 party people disappointed.

The chief scribe of the governing party, was thus deeply concerned about the morale of these 55 applicants and indeed party faithfuls, who may feel let down after the appointment, hence his decision to reach out to the applicants and help manage their expectations.

“We cannot allow this process and the aftermath of it to derail the gains that have been made in uniting the party ahead of the 2024 general elections and beyond. We all should be mindful of the ramifications and manage our expectations, understanding the principle that what unites us as a party must be greater and bigger than the sum of our individual ambitions, differences of birth, wealth, tribal and ethic affiliations.”

In the Upper East region for instance, over 237 people applied to occupy 15 MMDCE positions in the region, out of which only 15 are women. In the Savana region, 83 people presented themselves to be considered, out of whom 4 are women. In Upper West, 123 individuals applied, 4 of whom are women, whereas in the North East Region, there were 71 applications, with 6 being women.

The situation is not any different in the Northern Region, where as many as 204 persons applied, 11 of whom are women. The Sagnargu Municipality recorded the highest number of applicants which stood at 26, whereas Zabzugu and Mion districts both received 4 applications each, the minimum in the region.

In his interaction with the applicants at the various vetting centres, the NPP General Secretary, John Boadu, admonished them to remain committed to the party regardless of the outcome of their dreams and aspirations to lead their local assemblies as the President’s representative.

While commending the various regional vetting Panels for each of the 5 regions, under the chairmanship by the respective regional Ministers, for doing an excellent job, John Boadu was quick to express his excitement at the quality of party faithful who made themselves available for appointments as MMDCEs.

Per the guidelines put in place by the President of the Republic to assist him appoint MMDCEs pursuant to his mandate under Article 243 of the 1992 Constitution, the regional vetting committees are to shortlist a maximum of 4 applicants for each local assembly, to move to the next stage of the selection and appointment process, which shall be held in Accra.