3 helicopters coming to aid your work – Akufo-Addo to Police 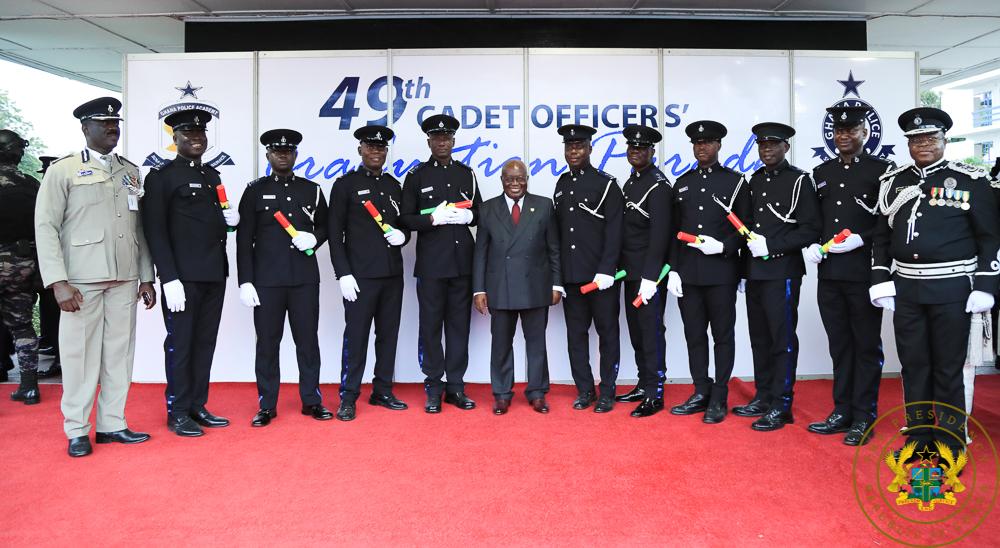 President Nana Addo Dankwa Akufo-Addo says his government has secured three helicopters for the Ghana Police Service as the construction of hangers at the National Police Training School in Accra almost near completion.

Nana Akufo-Addo also expressed joy that six Police officers are currently undergoing training in South Africa to become pilots for the helicopters and serve as the air wing of the Police Service.

The President said these when he addressed graduates and attendees of the 49th cadet officers graduation parade at the Police Academy, Police Depot, Tesano, Accra, on Friday, 13 September 2019.

To further resource the Police, Nana Akufo-Addo noted that 20 horses have also been procured to assist the police in riot and crowd control, with a canine (K9) unit, made up of 30 dogs, also in the offing.

“Despite budgetary constraints government has in two and a half years in office provided 568 vehicles including 15 operational buses to the service,” he said adding that “320 housing units are being constructed at the National Police Training School to reduce accommodation deficits of the service.”

The President further said modern communication equipment and 4,500 fragmentation jackets have been procured and delivered to the Service to protect officers and ensure effective policing.

He stressed that his government is determined to help create a security service, including the Police Service, that is professional and efficient in the discharge of its duties adding that “Promotions within the service have to be based on merit and not on political affiliation.”